A Glimpse Into the Modern Turkish Art 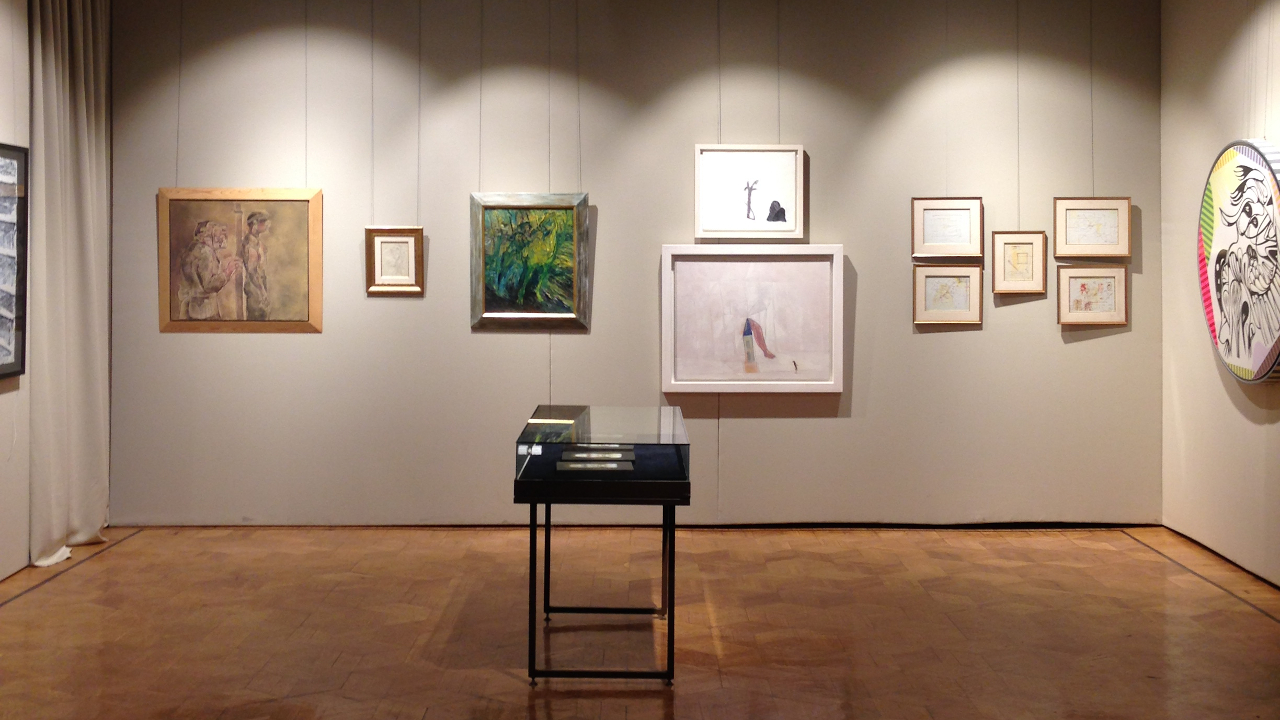 A Glimpse Into the Modern Turkish Art (The Bilge Collection)
The State Museum of Oriental Art, Moskow

Мuhsin Bilge (1944-2014), a passionate lover and patron of art and friends with many famous Turkish artists, started his art collection in the early nineties . His notary office had become a legendary place in Istanbul. It was known as a small intellectual oasis within the world famous mega polis pulsating in its intense urban rhythm.  The visitors of Mr. Bilge’s notary office struggled to find their way to his work desk as they stumbled across all kinds of paintings, sculptures, drawings, books full of sketches, presenting certain ideas or some random drawings like those that artists usually make during small talks.  The documentation that goes along with the art pieces – paintings, sculptures and installations, photographs, graphics and drawings - is of impressive amount too. That can be a sketchbook or just pieces of torn notebook paper – every little thing that showed how a piece of art was born or pointed to a certain relationship between the art collector and his artist friends,  was scrupulously preserved.

Muhsin Bilge met with his artist friends every day, even on busy work days. He himself spoke of his notary office as ‘the most visited art gallery in Turkey’. There are small but valuable evidences of those meetings, like a piece of torn notebook paper, that a Turkish female artist has vigorously drawn several human figures on, together with an ordinary note about a missed business meeting and a list of books that she has brought, because Muhsin Bilge have asked for them. In the various artists’ sketchbooks, we can trace the artistic idea evolution that underpins a painting, a sculpture, a collage or an installation - among them one can find unique original books. All of the above comes to prove that Mr. Bilge has been interested not only in the art works but also in the personalities and the lives of the artists who have caught his attention.  That puts a specific focus  on  Mr. Bilge’s  infatuation with art  - he has not only been watching closely the artistic development of  those whose works he has been collecting, but has been trying scrupulously to preserve all kinds of memorabilia  from their lives, paying  specific attention to every object, part of the artists’ everyday life or imprint of  their ideas. Many documents and letters were bought from descendants of famous Turkish artists, thus enriching the content of the art collection and raising it to museum calibre.

Muhsin Bilge’s collecting was based on careful observation of the artistic career of the authors, whereby he developed the ability to see the potential in the atypical direction of thinking of the artists. Doing so Muhsin Bilge was able to increase his collection not only with familiar works, made in accordance with the artists’ usual drawing styles but also with works that  were stylistically atypical and represented  different facets of  the artists’ artistic genius, not that familiar to the general public. These unique finds that were accumulated through the years represent the kaleidoscopic world of ideas that every artist lives in and that’s why such works become the most valuable emphasis at famous artists’ retrospective exhibitions or curators’ museum selections showing the development of Turkish fine arts.

Although this exhibition does not claim to historical completeness, it represents artists of several generations who laid the foundations of the stable presence of Turkish contemporary art on the artistic world map.   Zeki Faik Izer, Fahrelnissa Zeid, Bedri Rahmi Eyuboglu, Nejad Melih Devrim, Sabri Berkel have brought  to new lengths the process of visualizing abstract ideas typical  of Modernism, bringing in a synthetic mixture of colouring and ornamentation that carry the spirit of Byzantium,Ottoman Empire, Turkish republic and the Middle East. Those were cosmopolitan personalities, connected with the Arab royal families, like Fahrelnissa Zeid, who were friends with such historical art figures as Marcel Duchamp, Gertrude Stein and Alice B. Toklas, whom Nejad Melih Devrim mingled with while staying in Paris. Those artists’ works were not only exhibited in prestigious art galleries and museums in Paris, London, New York, Istanbul, Amman and other world capitals, but they also started their own schools, where their followers had studied.  The fine sensitivity and simplicity, shown in the works of Şükriye Dikmen, who had worked at Fernand Leger’s atelier and then later at Paul Ranson’s Académie Ranson along with Gustave Singier and Roger Chastel as well as the lyrical narrative in Celal Tutant’s and Fikret Mualla paintings are an example of a kind  of a notional approach to exploring nature that comes to remind us that many Turkish artists were tempted to write and many of them were also poets and writers.

The transition towards a postmodern interpretation of reality as shown in the works of  Komet, Mehmet Güleryüz, Ergin Inan, Özdemir Altan, Kemal Önsöy,Ibrahim Ors,  puts the emphasis on the critical reflection of the contemporary world and giving a new meaning of the historical content of the pictured images. The artists of this generation, besides being involved in visual art, were also writers, lecturers and curators of exhibitions, trying to change the concept about the role and the function of contemporary art while experimenting with new performative practices, new artistic techniques and drawing materials. They also succeeded in catching the attention of the international audience at such well known artistic forums  like the Venice Biennial, the Istanbul Biennial, San Paulo Biennial, Beijing International Biennial , thus helping the next generations of Turkish contemporary artists to expand significantly the presence of Turkish contemporary art in major centres of the modern art scene.

In the works of Haluk Akakce, Serkan Yuksel, Arda Yalkın,  Füruzan Şimşek , Beyza Boynudelik and Volkan Kiziltunc the virtual reality is composed through references to emblematic 20th century artistic trends and turned into visual strategies. The used imagery directly reflects the stereotypes of our culture of consumerism and depicts such a reality where the established art historical cultural models don’t work and the artistic reflection about  the world generates new rules and creates new systems for artistic intervention into today’s world problems.

There are many different ways by which the Bilge collection may be presented. And it is yet to be thoroughly investigated and interpreted.  This particular selection is dedicated to Мuhsin Bilge’s passion for collecting art and his personality as well as on his heirs – Ali Kerem Bilge and Asli Bilge, who have followed in their father’s footsteps for thirty years. It displays some of the Bilge family’s favourite artists. Their artistic works are accompanied by letters, sketchbooks and different documents which tell stories not only about the artists’ lives but also about their relations with Мuhsin Bilge. Bilge’s portraits come as an interesting attestation of the true passion for art that the artists from different generations and their patron have shared. Those portraits also show us that the artists considered Muhsin  Bilge not only their patron but also their inspirer and accomplice in their endeavours to interpret the world and human relations.

In the short video interviews, made especially for the exhibition, artists, whose works are part of the   Bilge collection, share their memories about Мuhsin Bilge and their relations with his children - Asli Bilge and Ali Kerem Bilge, who remained consistent with their father’s collection development strategy, that is – closely watching certain artists’ careers from the very beginning, enriching their family collection with works created using contemporary artistic techniques as well as with works by Turkish and internationally renowned artists like mysterious Italian artist Greta Frau and  Russian photographer Vladimir Seleznev, whose works are part of this exhibition.  Asli Bilge and Ali Kerem Bilge maintain and expand friendships with contemporary visual artists, bringing new energy, new ideas and original visual concepts to their family collection, which bears the imprint of a unique personality in love with art. 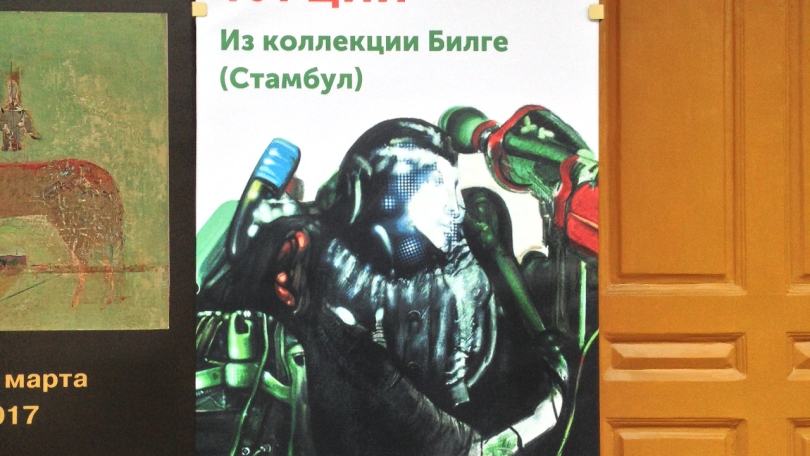 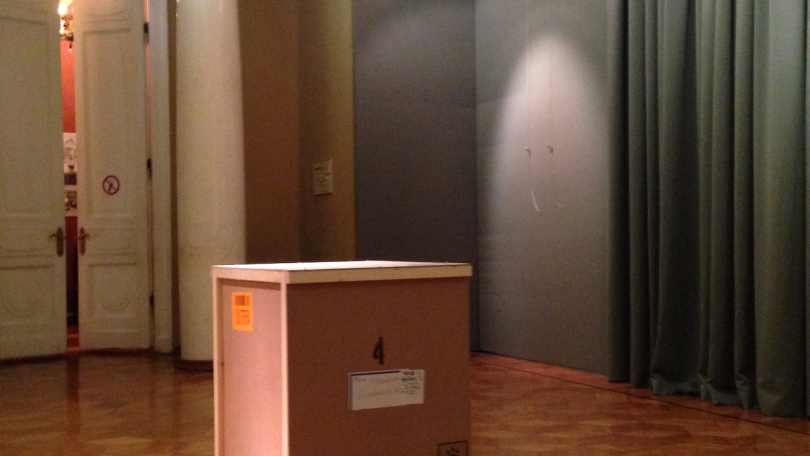 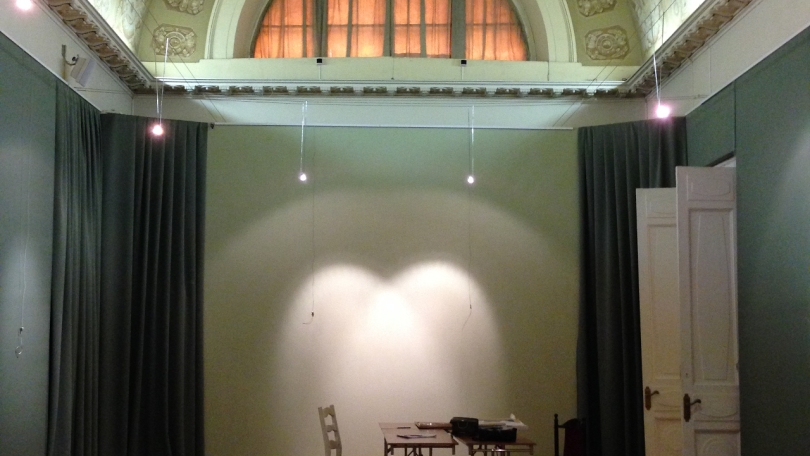 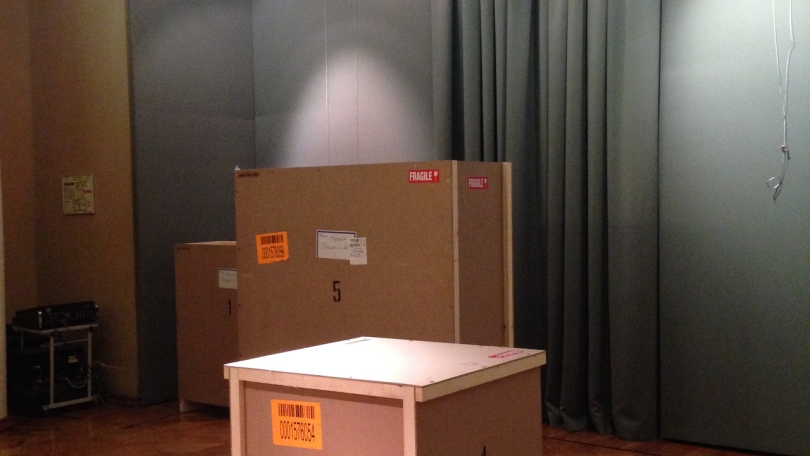 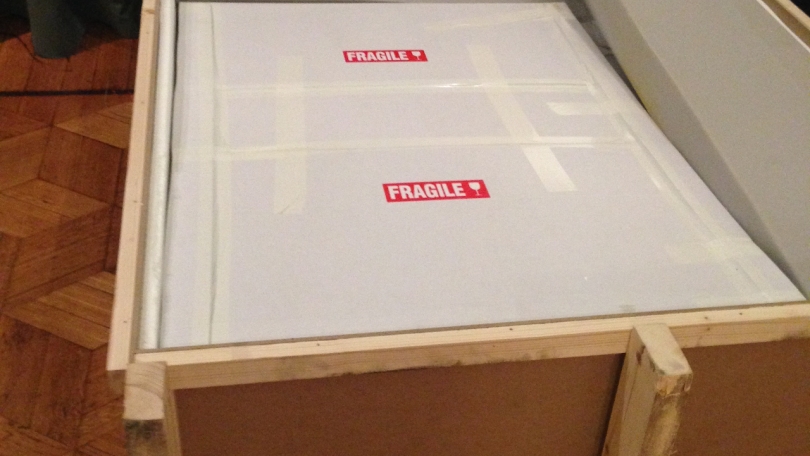 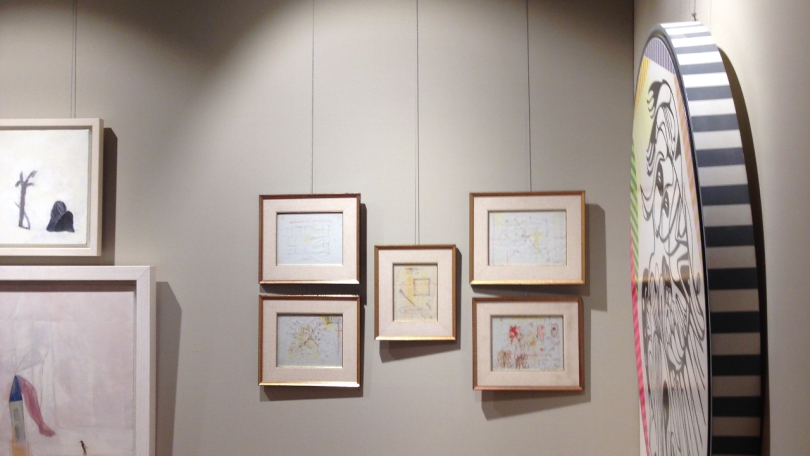 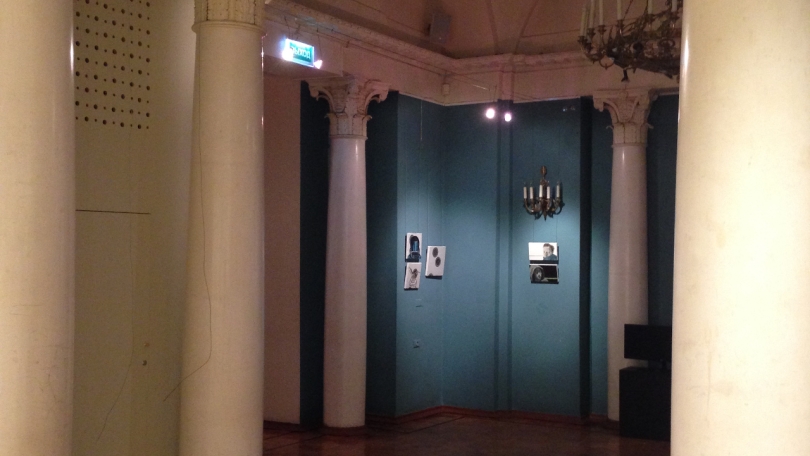 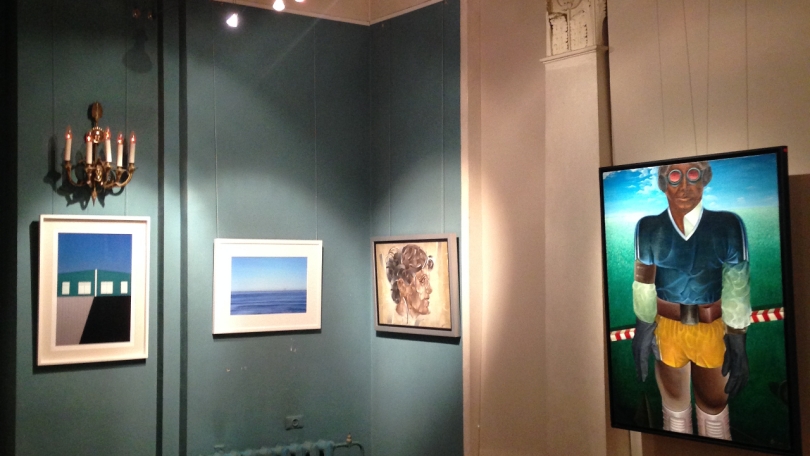 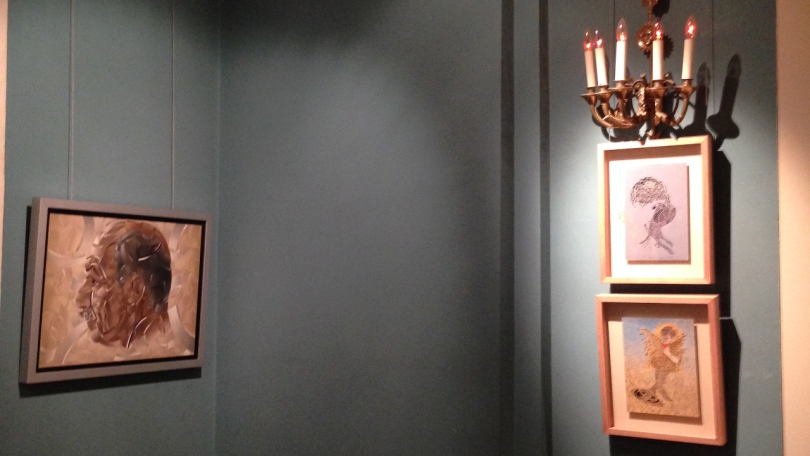 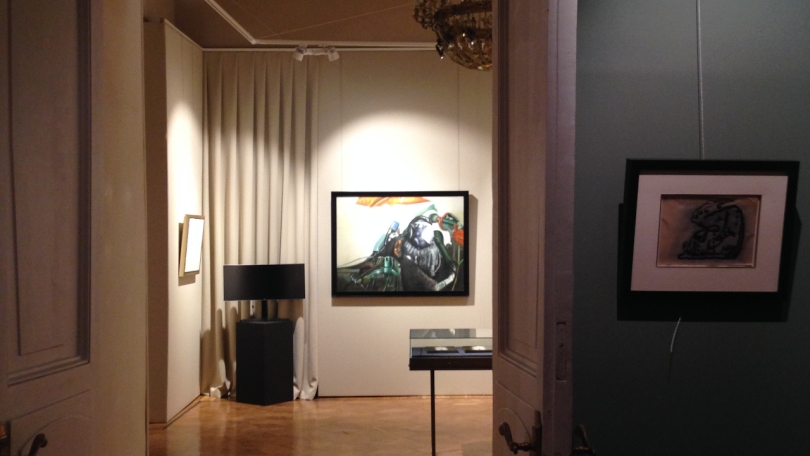 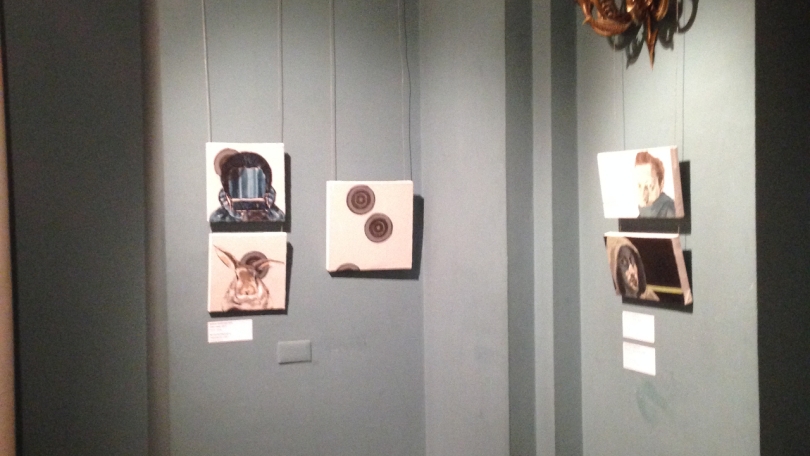 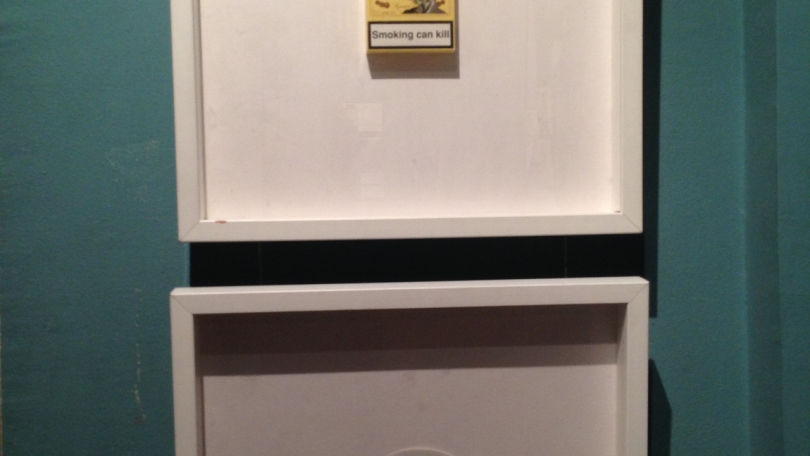 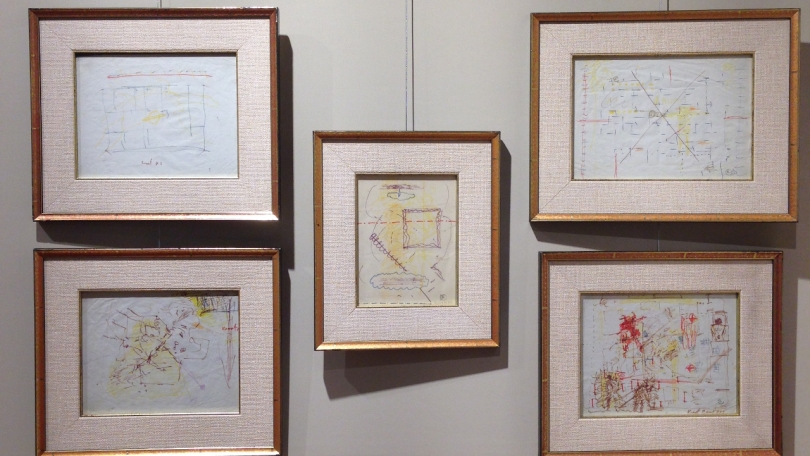 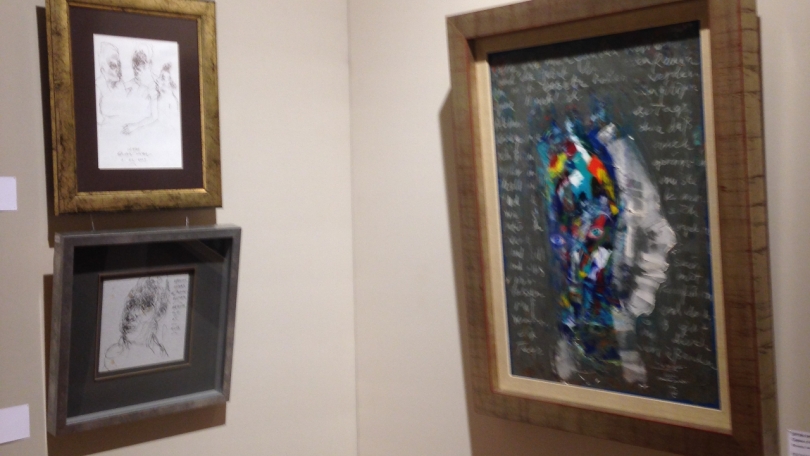 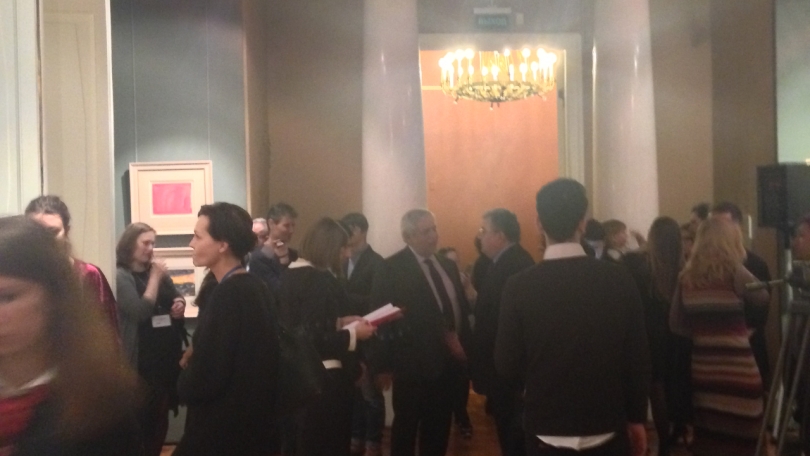 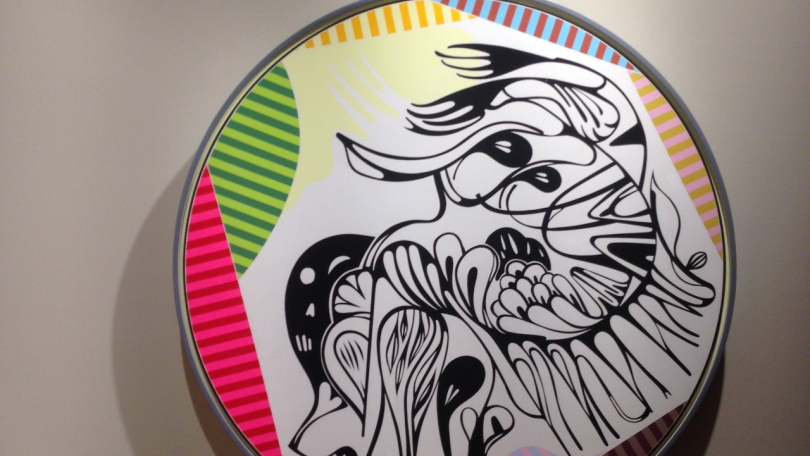 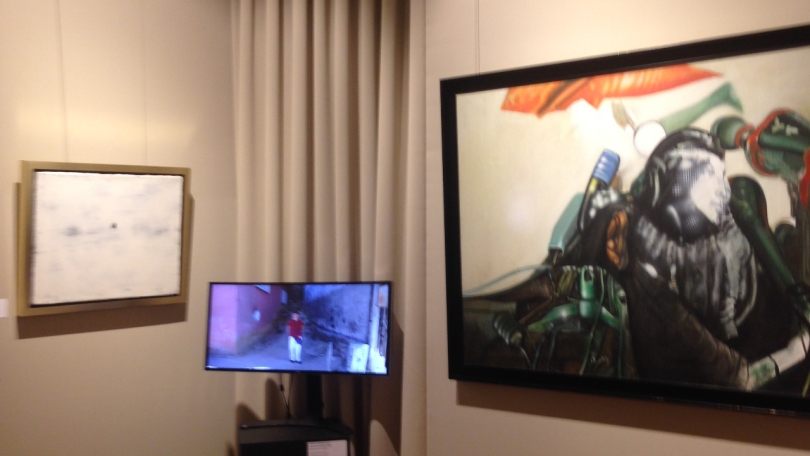 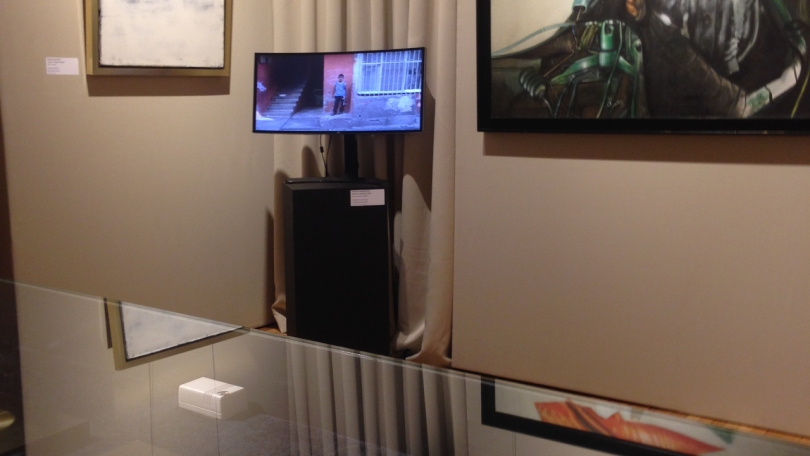 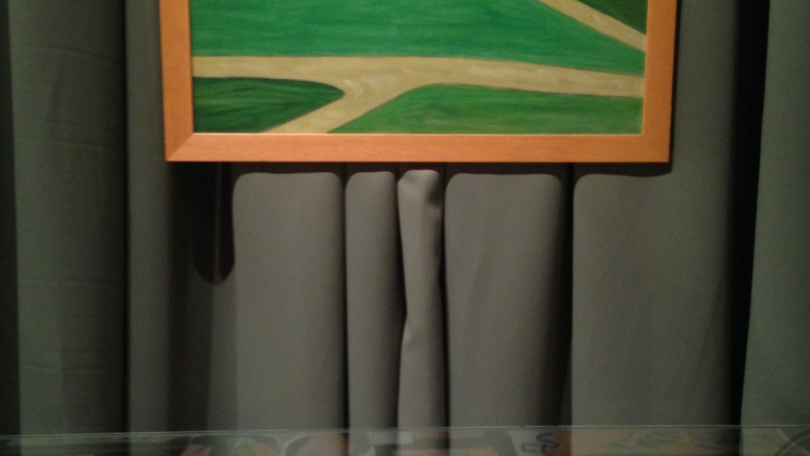 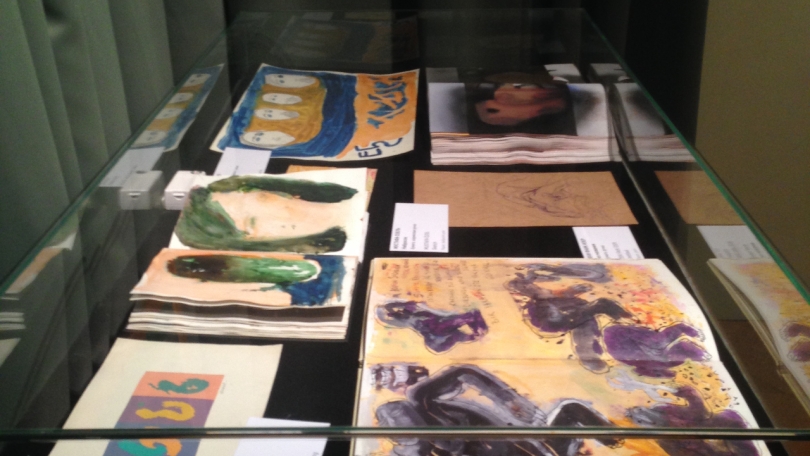 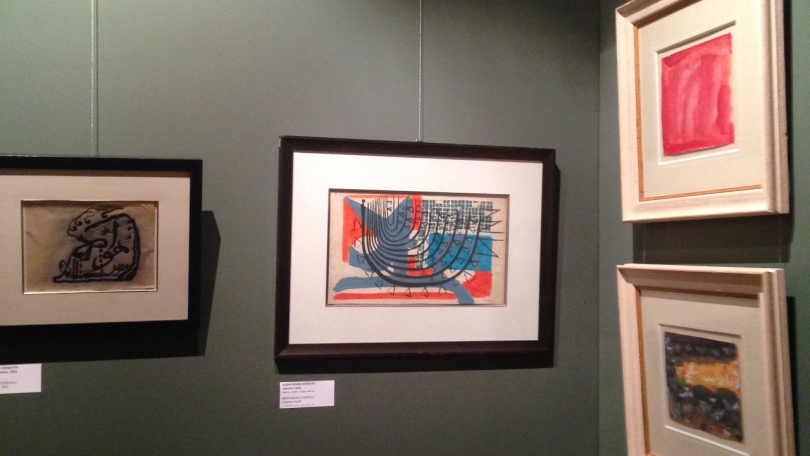 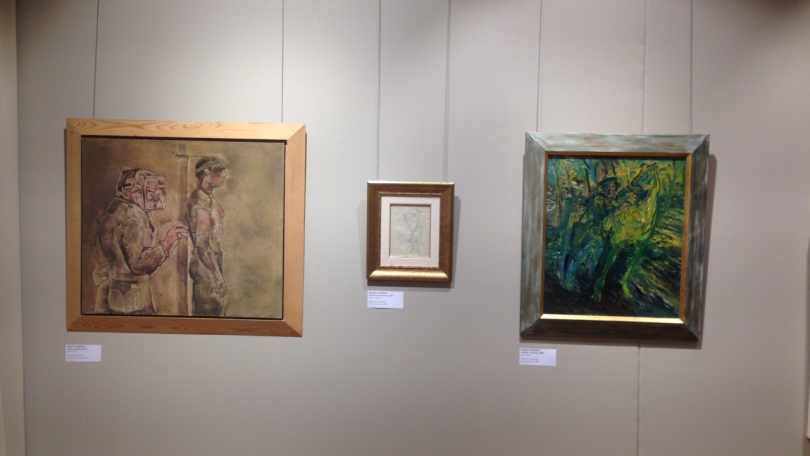 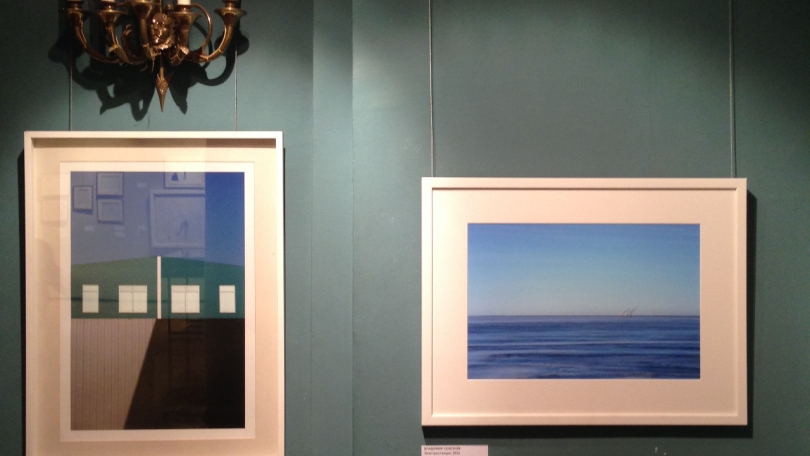 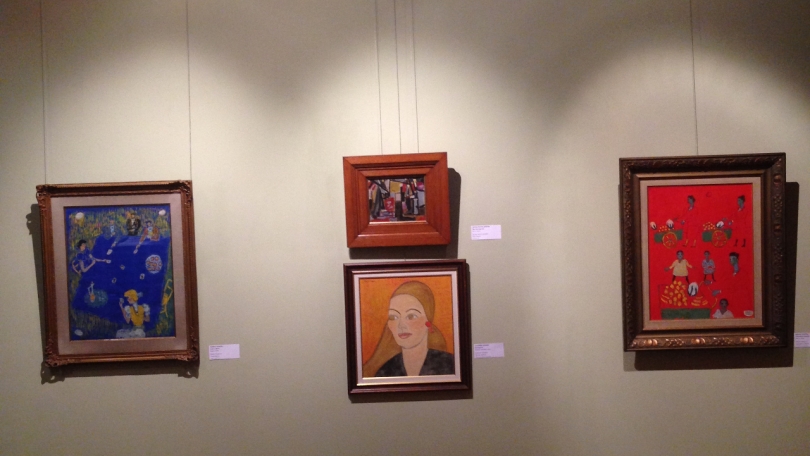 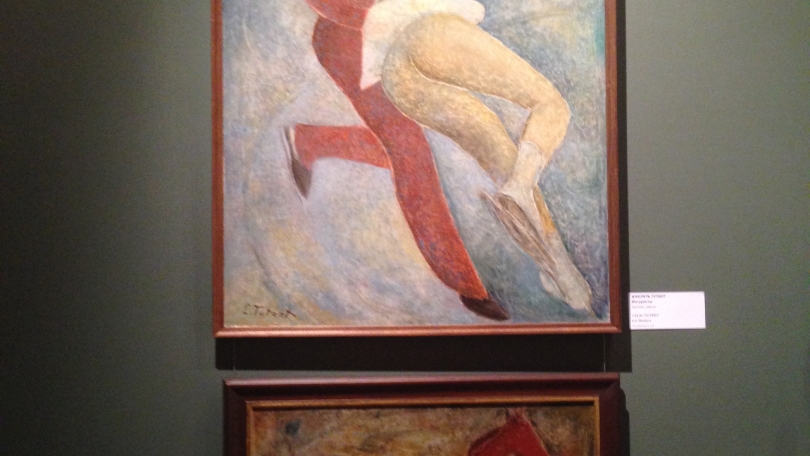 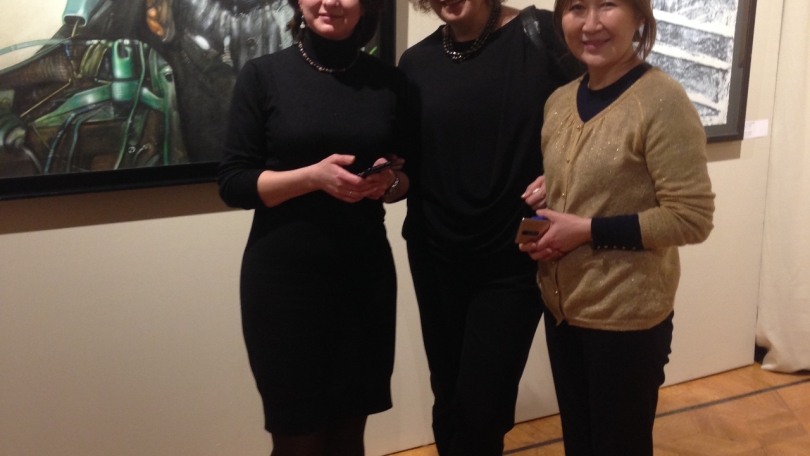 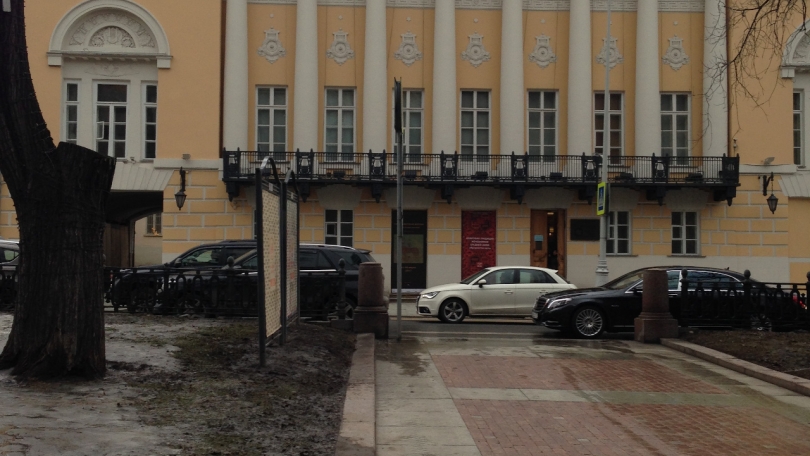