A Theory of the Present 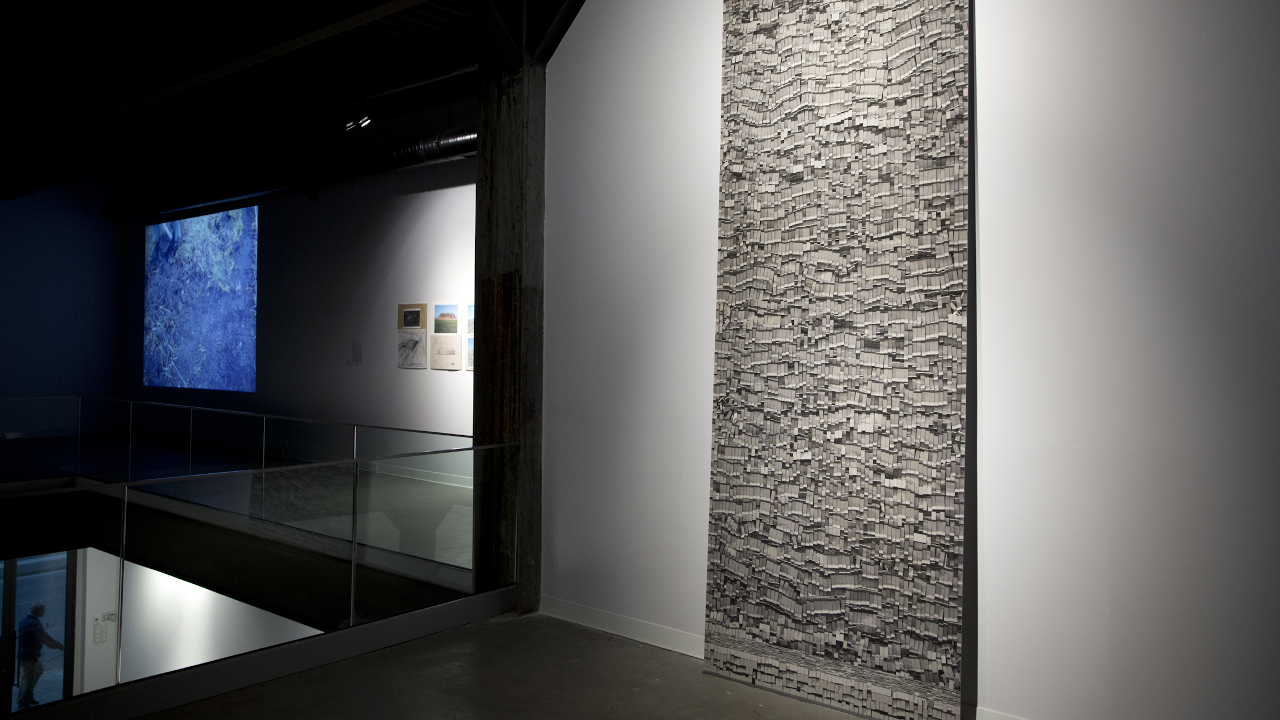 A Theory of the present is a visual art project that presents art installations, video art, photo montages, photographs and digital art works, tackling the possibility of creating a universal temporal narrative spanning over the past, the present and the future. The works of Moira Ricci, Bill Viola, Kiril  Cholakov, Ergin Cavusoglu, Dan Tenev, Krassimir  Terziev, Bill Viola, Еrdal Inci, Valentin Stefanoff,  Berkay Tuncay and Nina Kovacheva  are displayed, where the idea of time is compacted to a degree of standstill, containing at the same time the energy of both movement and memory. It is in this moment of stillness that the audience can perceive the individual temporal parameters of the images, each of them consisting of their separate details which are the actual structure of the integrity of landscapes, family photos, stories about city architecture and daily life and the photographed or digitally created images.

The works on display send a kind of contradictory message that questions the common beliefs about the structure of time, provoking the spectators to realize what it really means to live now, in this particular moment, in a more and more disintegrated world of over-dynamic social relations and at the same time in biographical and historical narrative standstill.

The task of “The Theory of the Present“ becomes further complicated in referencing to the modern scientific discourse on time. Modern physics does not provide unambiguous  definition of the concept of present that we associate with the word now. This theory is hard to be defined; it separates both the immediate past and the coming future; it has no generally valid philosophical model as well. In the daily perceptual process, our eyes and brain should work together; however rationalization of the information obtained depends not only on the mechanical integrity of our organs, but also on the individual parameters of consciousness that constitute our concepts of the basic characteristics of the world we inhabit. In relevance to this, the German sociologist Hartmut Rosa * states that what is essentially new in the contemporary global situation is not the emergence of processes but the speed they are carried out with. In the contemporary societies „the acceleration of social processes rooted in modernity surpasses a critical point changing the very quality of biographical and historical time, while individual and collective patterns and outlook of Time are constantly redefined in the light of the situation and context ”, thereby causing  hitherto unknown forms of "situational identity" and "situational politics".

Stepping  on the above interpretation, we may go further by stating the observation that as far as the arts are concerned, those that immediately  correspond to the idea of the “present” are the performative arts where the acting is watched and perceived by the spectator in the actual moment of occurrence. We can trace this concept back to the dawn of European modernity, when the Renaissance choreographer, Domenico da Piacenza discovered that time was the essence of dancing and not the movement in itself.  Nowadays, the philosopher Giorgio Agamben interprets this Piacenza’s doctrine stating that it certainly derives from the Aristotelian theory of time, which interrelates the concepts of time, memory and imagination and more specifically with Aristotle’s statement that “only those creatures, which have a sense of time remember”. It is exactly in his treatise “Of the Art of Dancing“ where Domenico da Piacenza develops further Aristotle’s ideas that „In fact, memory is impossible without an image (phantasm) which is an affect, pathos of sensation or of thought.” For the Renaissance choreographer, the word “phantasma“ is a metaphor for the ”many things that one cannot tell”. Domenico da Piacenza’s concept “dancing to phantasma” describes the nature of the image as follows:  „ the life of images consists neither of simple immobility nor of the subsequent return to motion but of a pause highly charged with tension between the two and this “standstill” contains within itself the energy of both movement and memory”.

We can find the Renaissance choreographer’s observations in the contemporary narratives presented in the Theory of the present not as much as a direct stylistic element but rather as a philosophical concept about the role of   art at the time, which Francis Fukuyama defines as the “end of history” – a huge social change without an actual idea about the new cultural beginning, without a new reasonable interrelation between the past, the present and the future.  Hartmut Rosa’s truly meaningful metaphor about the “racing standstill”, which he discusses in his sociological study, embodies the vicious circle of the mad rush of events that fails to conceal the deadlock in the development of ideas. This temporally forced situation is rooted in “the simultaneous loss of a past providing a reference point and a meaning-constituting future”, which makes it difficult to define the present whereas the concept of the “situational” identity describes the constant human aspiration for social synchrony within an unpredictable social environment. An environment where the past and the future are gradually merging, deleting the present. 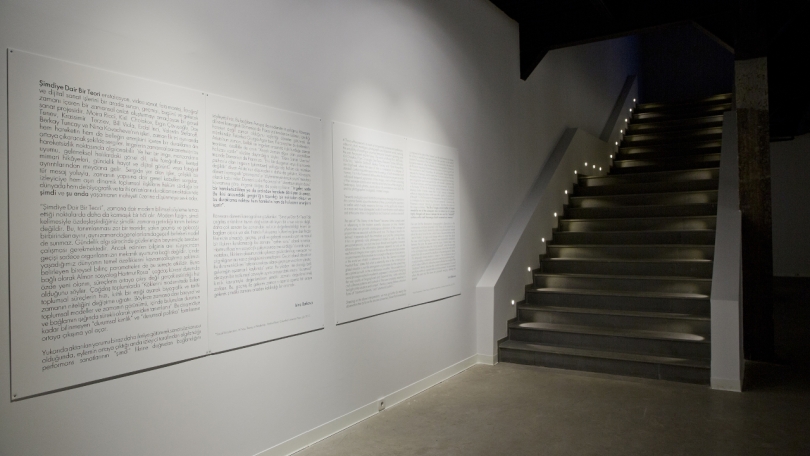 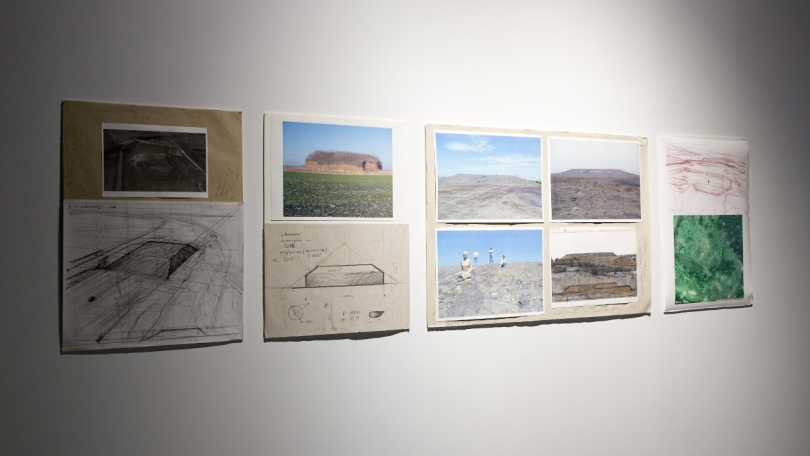 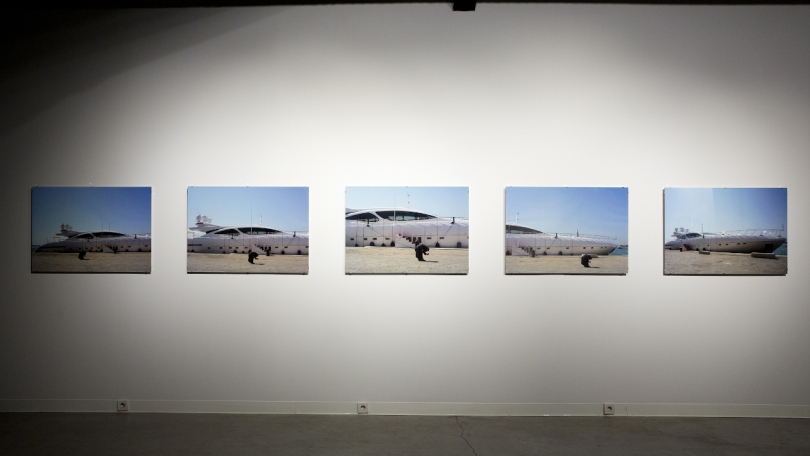 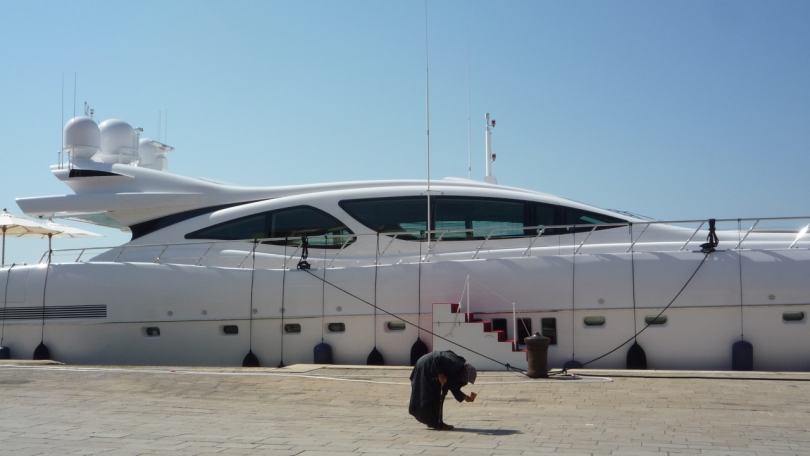 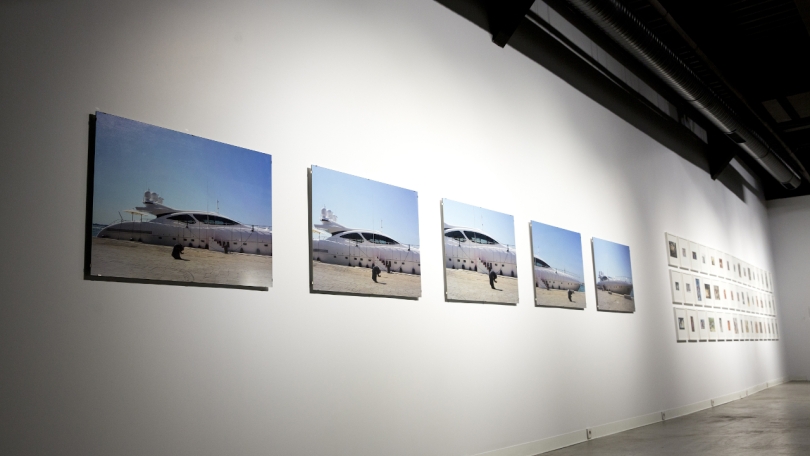 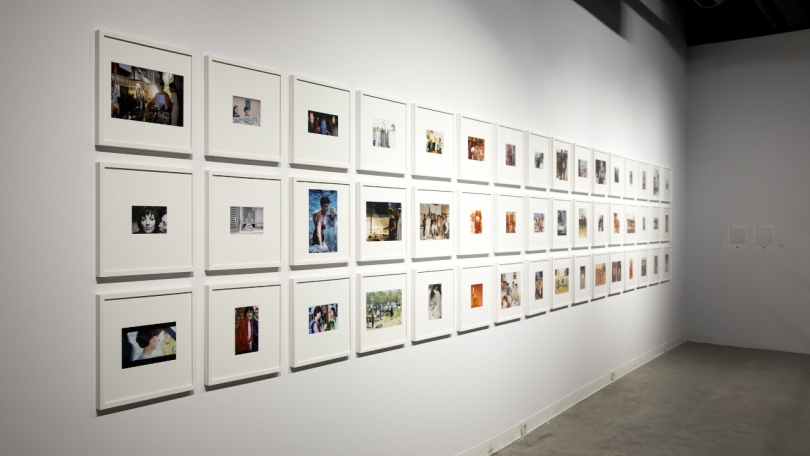 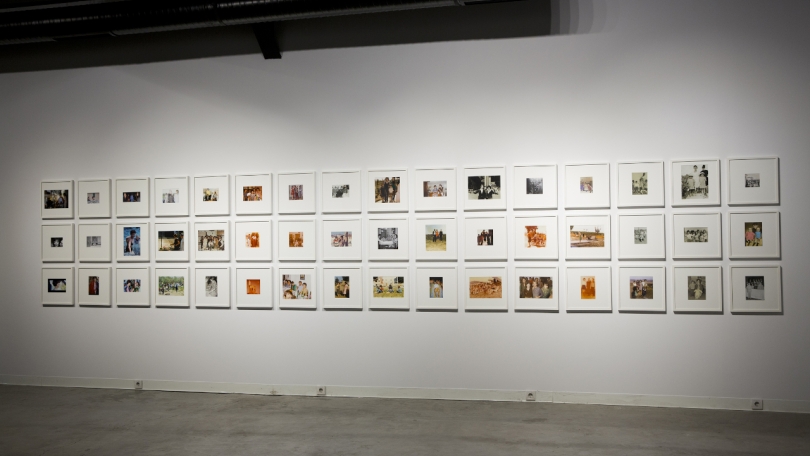 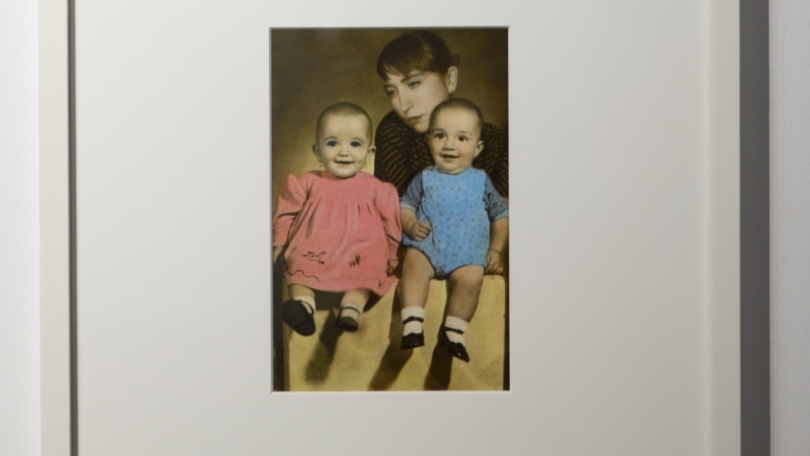 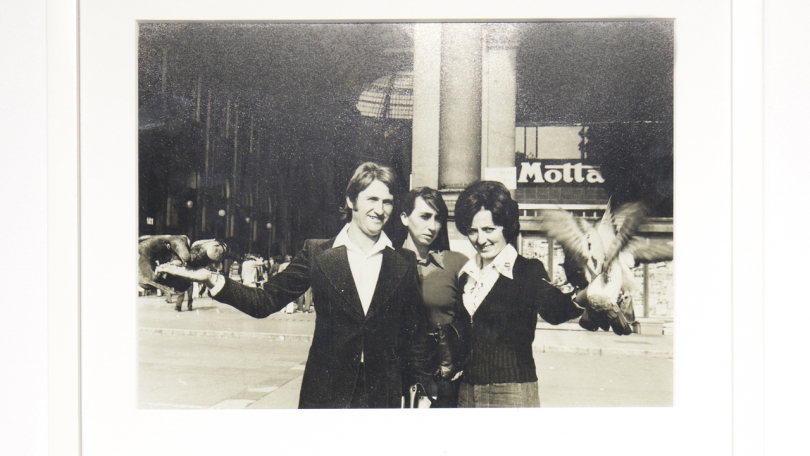 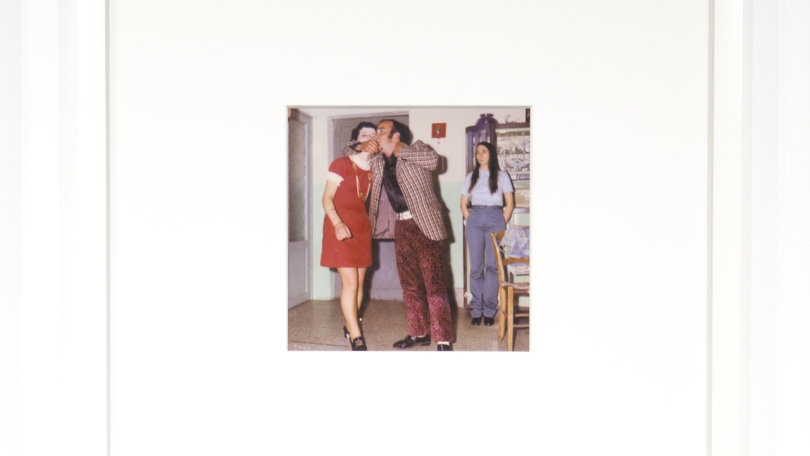 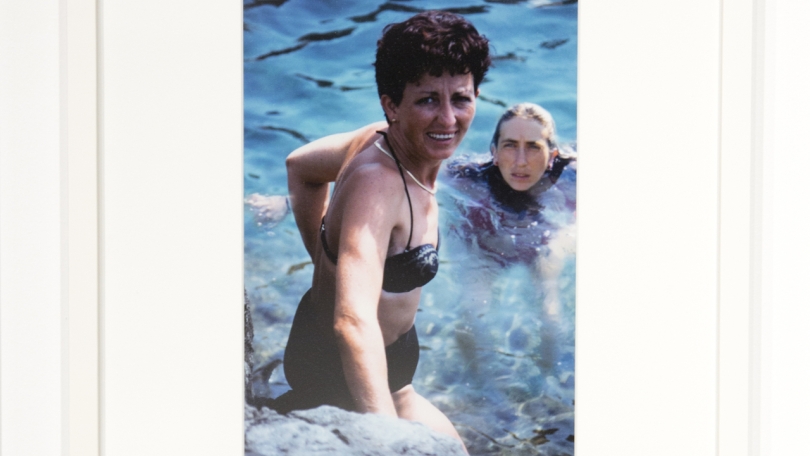 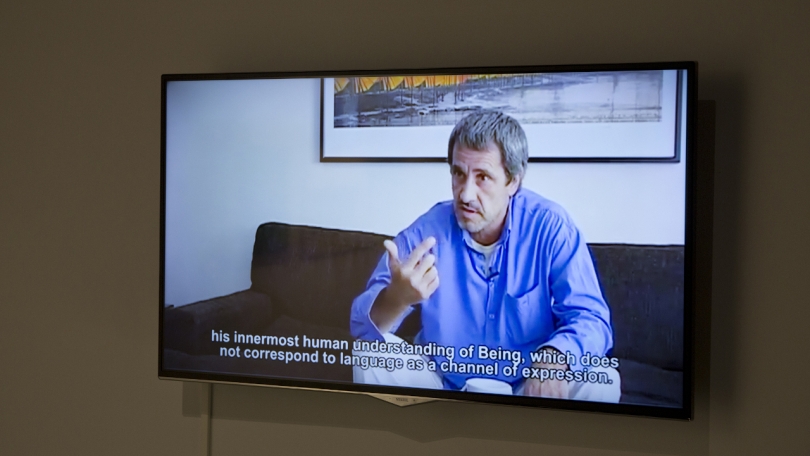 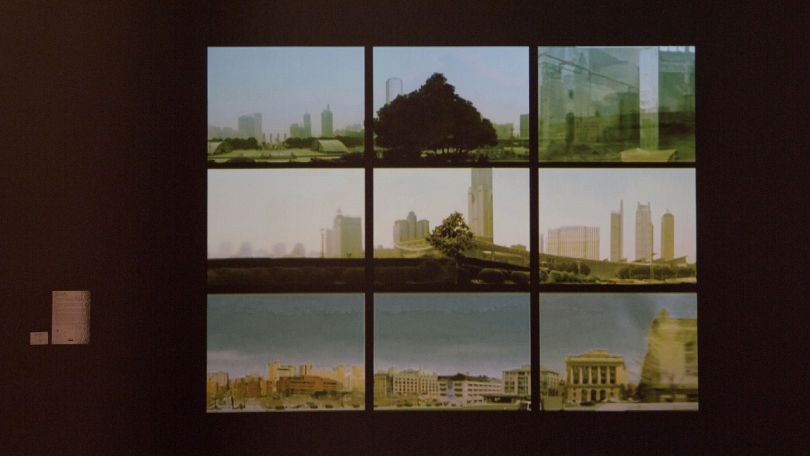 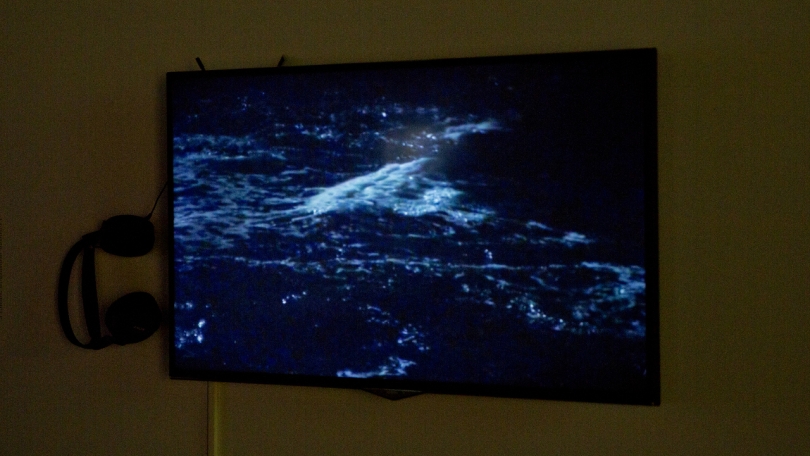 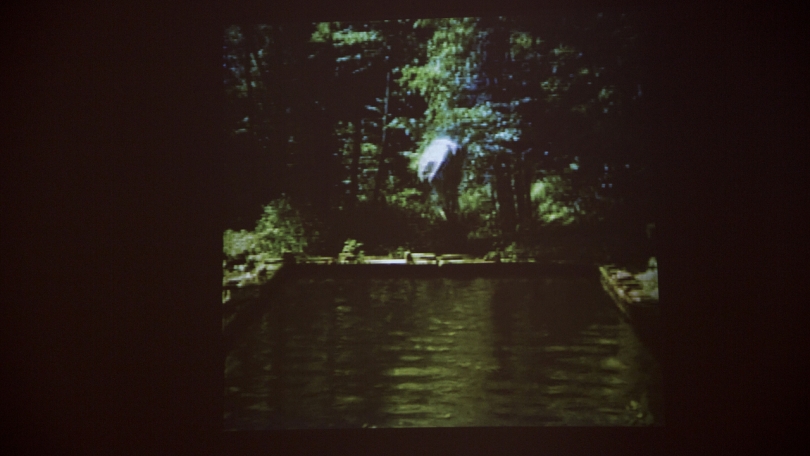 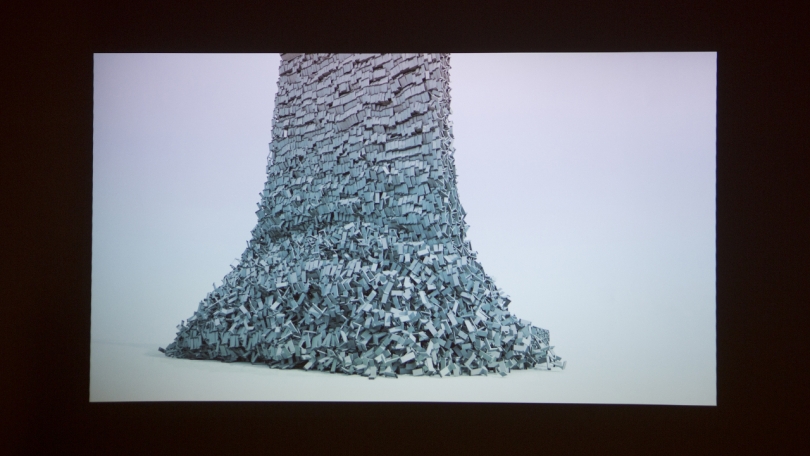 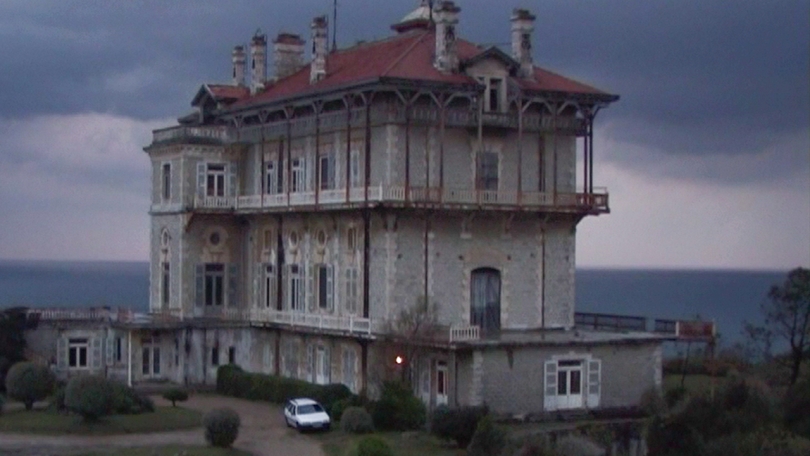 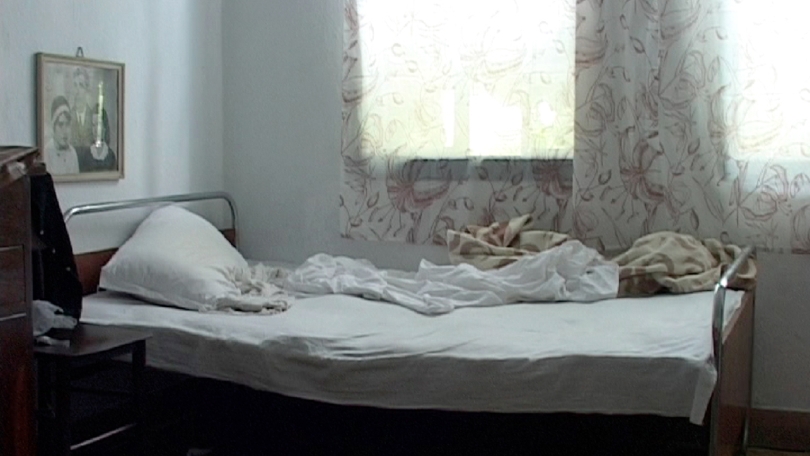 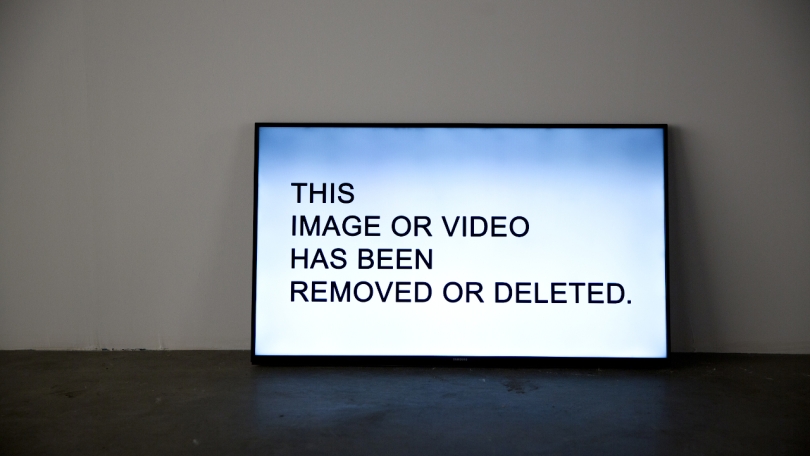