Dissection of the Memories 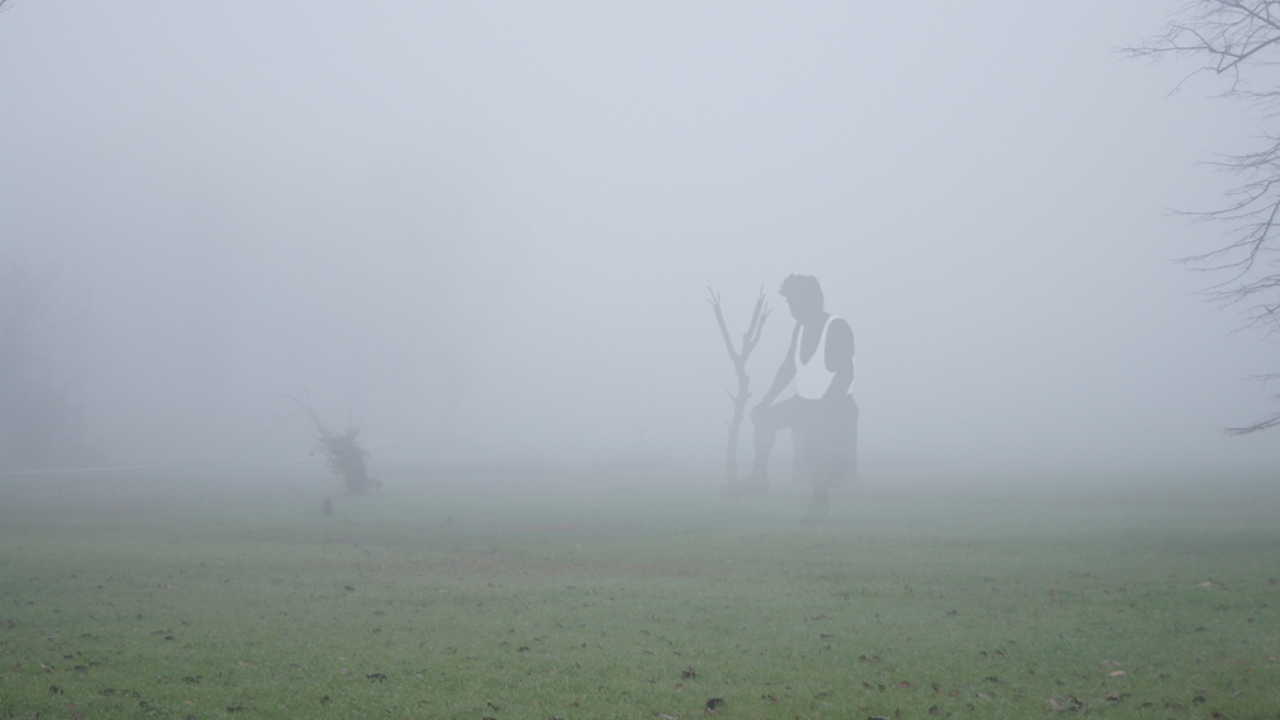 In the Dissection of Memories Project, Kiril Cholakov explores the complex relationship between personal memory as part of collective memory and historical time. Through texts and images in pencil, charcoal and ink drawings (2014), and later in large-format canvases (2017), he tells stories from different periods of his life that have emerged spontaneously and randomly, depending on how the creative imagination has interacted with the images of the past. If the memories in these series are to be dated historically, they are from the age of state socialism (1944-1989), and the usual contemporary cultural reflection on that time is narratives criticizing the political system, irrespective of whether they concern cinema, literature or contemporary art. Nevertheless, for the generation that began their career development together with the democratic changes, the visual codes that Cholakov works with in these series, set a shared emotion for the time when our parents were young, our friends were full of energy and unconventional ideas for the future and the focus of being was not on solving the everyday life problems, but on the moulding of individualities with their unique scales of values. Very few of the memories in Kiril Cholakov's drawings and canvases can be directly attributed to the political content of the years of socialism. Those born at that time will recognize it in the interiors and exteriors, the vehicles, the depressing doom of the small communities, embodied in the disappearing silhouettes of the inhabitants of the village of Izvor and in the distant to the contemporary urban dynamics setting of Geo Milev district in Sofia. For Kiril Cholakov, these two places summarize the memory of Bulgaria and were foreseen as locations for the future exhibitions under the project.

The urge to materialize the images of his consciousness in drawings as a symbolic farewell to what was left in the past, occurred in Italy (where Kiril Cholakov has been living since 1997). The first texts through which the outlines of the disappearing images show were written in Italian; the language is a limit with which the author marks the two periods of his life - in Bulgaria and in Italy. The 90s or the beginning of the democratic changes in Bulgaria were marked by the first large wave of emigrants - mainly young people with good education (many of them belonging to artistic communities), with certain requirements for their future career. Their remote communication with relatives and friends creates the basis of the notion, fed with nostalgia for unforgettable, shared moments in an idealistic world that they had left at the cost of sacrifices.  How do the memories of people of this generation relate to the way historians of today sum up the era of state socialism as a period of our history full of prohibitions, reprisals and deprivations, impossibility of traveling abroad, an age in which the lack of a normal information environment at all levels was noticeably felt. The first exhibition Dissection of Memories in the village of Izvor (2014) was in the form of a symbolic gesture - in the old memorial service building at the cemetery. We arranged the drawings of the first project series among the tables covered with oilcloths, the shovels, equipment of the village gravediggers, and plastic cups filled with salt and wine left over from the meal in memory of the dead, only in the presence of the family of Kiril and his close friends. We hung the drawings for several hours, despite the refusal of the municipal administration to give permission to use the site as a temporary exhibition hall. In this symbolic anteroom between life and death, we came together through the stories that Kiril was telling and accepted their sharing as part of our common biography. The exhibition at Stubel Gallery (2017), in a building built on the site of the playground in the neighbourhood where he grew up, Kiril added to the drawings paintings that capture the memories of the early years of the artist. These paintings were created after family black and white photographs. The first response they provoked was not so much a scrutiny of the artist's masterwork, but rather an observation that there already appear real characters, whose faces were breaking through the shroud of the elapsed time, which in the first exhibition blurred the specific features and created an atmosphere of diffusiveness and mysteriousness of images. What disappeared was the scene-setting, consisting of socialist architecture typical of the time, the Russian Father Frost, a replacement of Santa Claus and main character in the New Year's school celebrations, the specially sought landscapes against whose background families sealed memories of summer vacations, or generally speaking - the specific circumstances under which each of the photographs was taken.  The focus of all works is on the little boy and the emotions he has in his relationship with his father, his mother, the first love...

According to the French sociologist, Maurice Halbwachs, cultural forms are those that transform and sustain the complex mental process into repetitive social practice. Human memory never reproduces the memory of an event in the one and the same way - material sources of a different nature are necessary for its objective registration - archives, photographs, films, etc. that create the social framework that places individual memory in the context of the knowledge gained through group communication. Halbwachs introduces the concept of collective memory because individuals belonging to a team can remember and keep in memory anything just because of things they have learned and assimilated from others in communication and interaction with them.   Dissection of memories is a nostalgic panorama of a reality, as if frozen at the border of life and death, symbolizing the transition between two worlds - of the known and the unknown - no matter if it is about different political systems, different states, life and death. The look back through the fabric of the new cultural affiliation, the new family and friendly environment, the new language, is like a look through a camera obscura - real images appear on the sheet because the beam of memory that has passed through the black box of emotions and childhood social experiences, projects only the images that have been permanently engraved in our mind. The French historian, Pierre Nora, believes that the analysis of collective memory should become a major task of the contemporary historical science: "Pluralisation of collective memory, and especially its pressure on history, results in drawing a dividing line between memory and history and recognizing the problem of memory as a specific issue.” According to Nora, a truly "new" history must follow the traces of multiple collective memories and find their places. "It is about going to the places, literally, where a society, whatever it may be, nation, family, ethnicity, party, gave its memories for voluntary storage or reinvents them as a necessary part of their personality: topographical locations, such as archives, libraries and museums; memorial sites such as cemeteries and architectural monuments; symbolic places such as commemorations, pilgrimages, anniversaries or emblems; functional places such as textbooks, autobiographies, or associations - these materials have their own history".

According to a sociological research conducted in Bulgaria, 94% of the younger generation (16 – 30 years old) said they knew almost nothing about the period before 1989. For 40% of them, the fall of the Berlin Wall does not ring a bell and they have no idea what happened 28 years ago, and one third of them do not know that the transition to democracy in Eastern European countries began in 1989.  For this generation, the series of drawings that capture the memories of Kiril Cholakov are just a personal diary with a variety of stories outside a particular historical time, part of the kaleidoscopic picture that one can get from the avalanche of information on the Internet. In this sense, Dissection of Memories is an illustration of how individual memory works within the collective existence in the field of art. It is impossible for memories to be completely cleaned of the emotion associated with the unique facts of each biography, regardless of the technical means or the calmness of the act of their sealing. However, any narrative that emerges under these exceptional circumstances is yet another piece of history, composed of tens of thousands of narratives, differing in content and format, whose systematization will give a credible historical image of the past. 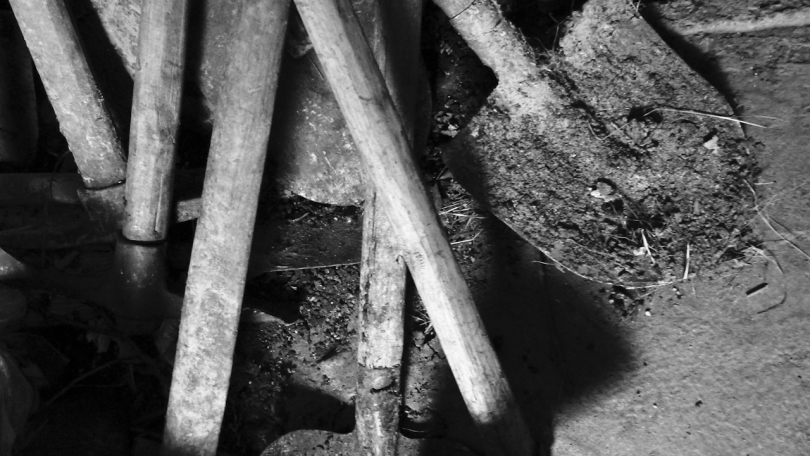