The exhibition Dwelling in Travel takes place in the context of the 16th Week of Contemporary Art organised by the Art Today Association in Plovdiv.
Located in the middle of the ethnically, culturally and linguistically diverse Balkan region, with borders that have continuously shifted throughout history; the area now called Bulgaria has experienced a myriad of peoples and cultures crossing, staying or passing through its territory.
“Everyone is on the move, and has been for centuries: dwelling in travel” (James Clifford)
The exhibition Dwelling in Travel aims to explore issues relating to what has been termed ‘fluid citizenship’ and ‘new mobility’ in contemporary global society, most specifically in the extended European territory. The project as such doesn’t focus on the historical or political problems of migration nor on the rights of migrants, but rather on the state of being, living and working in a place, a culture, that is not necessarily one’s own – thus, dwelling-in-travel.

James Clifford analyses travel as “an increasingly complex range of experiences: practices of crossing and interaction that troubled the localism of many common assumptions about culture.”
Travel as such has its impact on locality of culture and mobility in the era of major economic and informational globalisation, simultaneously with and related to developments in the political arena of increasingly nationalistic stances. This idea seems to evoke culture as the site of residence and travel:
“Everyone is on the move, and has been for centuries: dwelling in travel. [...] When dwelling is understood as the local ground of collective life, and travel as a supplement, roots always precede routes.” We have followed Clifford in his suggestion to look at travel as a complex and pervasive spectrum of human experiences, so that practices of displacement might emerge as constitutive of cultural meanings rather than as their simple transfer or extension.

Travel, diaspora, ‘border’-crossing, self-location and the making of home-away-from-home are understood as the transcultural predicaments of our recent history and current circumstance. All artists’ contributions and projects in Dwelling in Travel address the augmented global movement of people: travel, migration and mobility in their relation to their inherent implications locally; historically; economically; politically; socially; psychologically; and mainly, individually and personally. Most of the participating artists no longer live in their country of origin, and this experience has also informed their artistic and professional practices. The individual experience, rather than the cultural or anthropological analysis of travel and mobility, implies a different concept of identity, belonging and citizenship.

It is obvious that, also in this project, we are conscious of the fact that many travellers are migrating under severe cultural, economical, religious and political pressures. Whereas some may have material and socio-cultural advantages, many others are living in precarious circumstances under oppressive conditions.
This exhibition of works thus becomes a voyage, an event, a place where thoughts, experiences and people meet research and expressions; a cacophony of travellers’ tales and a conversation between citizens of the new world order of mobility and rootless histories. In the case of this exhibition, the idea and experience of mobility becomes a source of understanding, of knowledge, of (hi)stories, of tradition, and of (new) meaning and behaviour, with their relative cultural expressions such as music, books, travelogues and works of art.
Dwelling in Travel brings together the work of 15 artists and collectives in the Ancient Bath (Chifte Banya) in Plovdiv; the bath was built on the foundations of an early-Christian basilica in 1582, and has been restored in 1999 to house the Centre for Contemporary Art. The Week of Contemporary Art has strengthened this institution’s position as one of the most important in Bulgaria; it has already become an annual tradition for the Centre to host different curatorial concepts and authors from all over the world.

All projects contribute to an exhibition of works which reflect on nomadic, cultural and oral history, with the dual aims of critical exploration and practical intervention.

A catalogue will be published towards the end of the exhibition with artists’ contributions, curators’ text and an essay by Ivailo Ditchev. 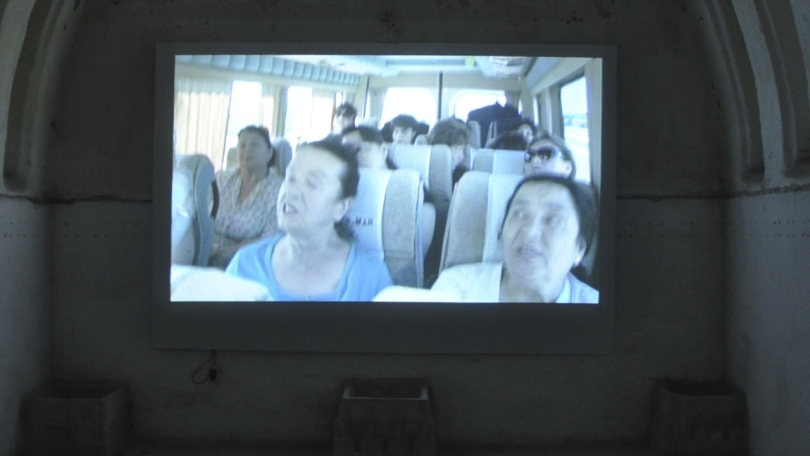 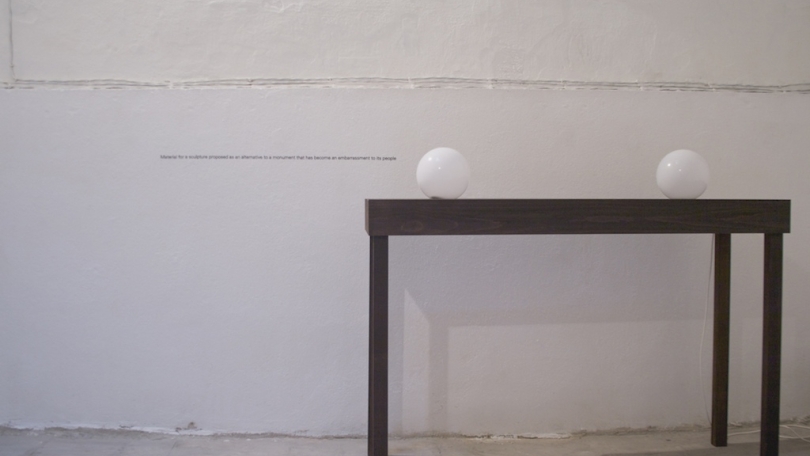 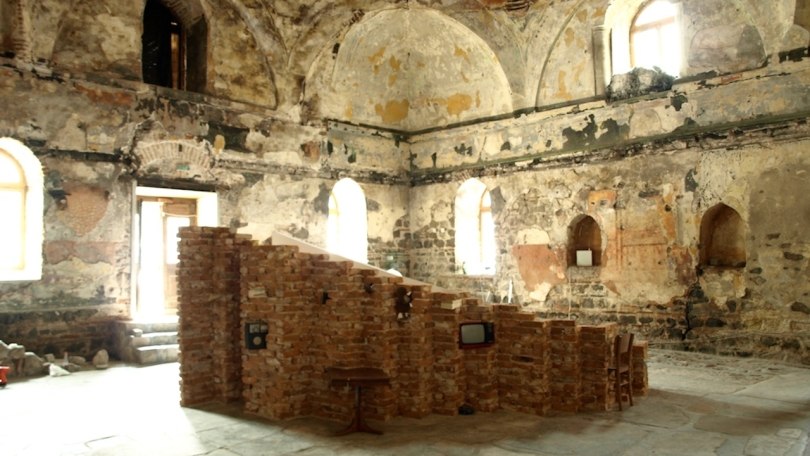