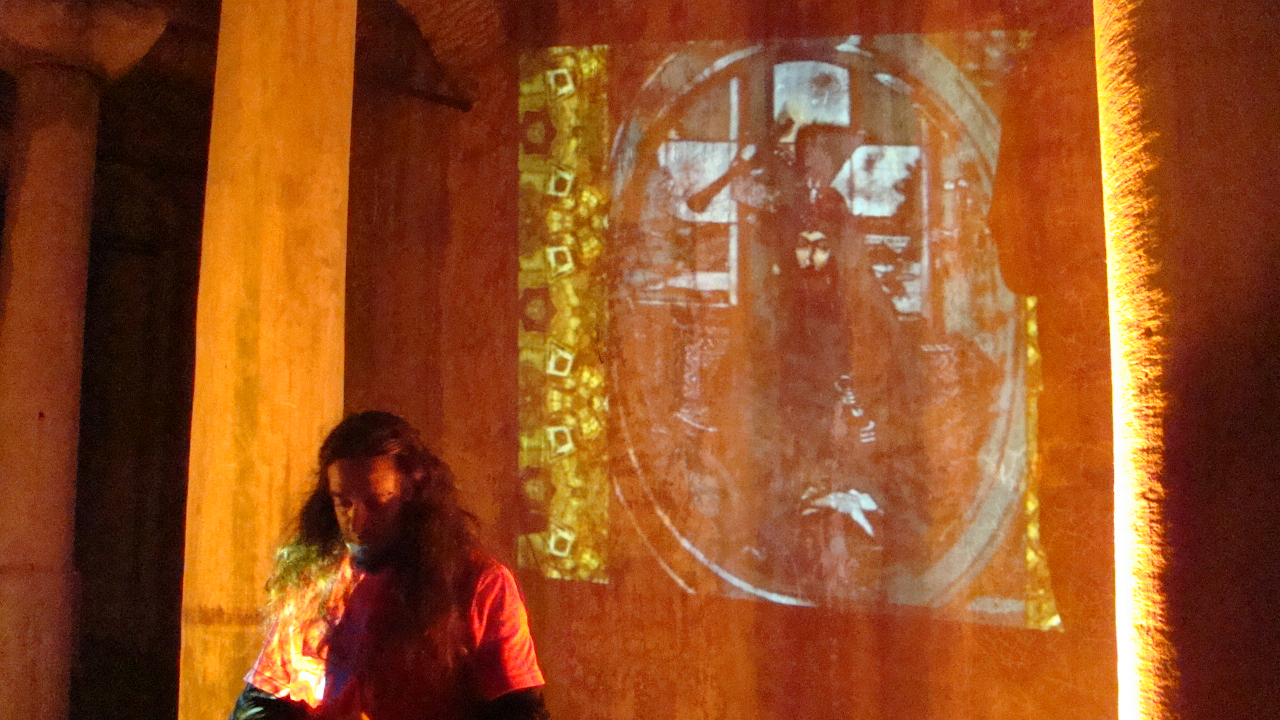 A basic use of hypnosis for therapeutic purposes refers to a process of inward mental concentration, which reveals new, unsuspected possibilities in our effort to comprehend the world through images lurking in our subconsciousness.

In the new project of Georgi Ruzhev, a well-known Bulgarian video and sound artist, the potentialities of the video as a media are exploited in a manner typical of his work - capturing the spectator’s senses in a sort of spectacular kaleidoscopic theatre where the alternation of images follows its own logic subject to the notion of modern man’s existence in a world of complete oversaturation of information. In it, the search for one’s proper identity very often turns into a long journey, which is not contingent on the conventions of our three-dimensional everyday life. That is why one of the key features in Georgi Ruzhev’s works is the interpretation of time not in terms of its physical description in any scientific sense but rather as an act of delineating the artist’s personal parameters. In this sense, the author’s features can be recognized in old photos or faded prints. He is "physically" present in his work, which challenges us to look around us and reflect on the real dimensions of the space we inhabit, to wonder whether we devote sufficient attention to all traces of history, all complex interrelations between the diverse civilizations, which have subtly shaped our perceptions and drawn us into the communications network of a global cultural exchange. Nowadays, the camel caravan of yore has given way to high-speed trains and aircraft and the access to information enables us to be everywhere in a fraction of a second, and yet  there still keep emerging in our consciousness images of archaeological monuments, faded murals, the hieroglyphs of ancient scripts… No matter what our thoughts are occupied with, our memory produces images that take us back to the roots hidden in the remnants of ancient cultures and the traces of which lie in the wait on all sides, apparently unshakable in time. The visions in Hypnosis appear and vanish like fleeting memories. Present and past intertwine by the implacable logic of subconscious mechanisms, which play an important part in the symbolics of dreams. Not unlike the interpreting of dreams, this offers us numerous options of individually reading the messages hidden in them.

The French philosopher and sociologist Pierre Bourdieu, in his book The Rules of Art, argues that art establishes itself in a specific field of cultural production, which sets its imprint on every product appearing within its ambit. The fields of cultural production, according to Bourdieu, occupy a "dominated-dominant" position in the field of power, economic or political.

The energy of the Hypnosis Project - video and posters, accompanied by musical pieces composed by the author himself, based on old music of the 16th and 17th centuries - stems from the alternative choice adopted by Georgi Ruzhev in his artistic tactics. He does not participate in commercial festivals, does not seek the "institutionalization" of his work and is not keen on professional recognition, which would force his projects into some predetermined concept as to how modern art should look like. In this respect he is a contemporary nomad, who might suddenly pop up at any place in the world, to collect characteristic "chunks" of history and recast them into a picture that offers new guidelines for rethinking the traditional notions, by which we are taught to define our view of the world. Thus, the explosion of images and sound in Hypnosis has preserved the pure pleasure of the creative act, unencumbered by the market’s demands or by artificially postulated standards and parameters of artistic creation.

"When we speak as intellectuals, that is, with the ambition of universality, within us is speaking at every moment the historical unconscious inscribed within the experience of a distinct intellectual field. I believe that we have a certain chance of achieving genuine communication only if we manage to objectify and gain command of historical unconscious strata, which separate us, that is, those specific histories of intellectual worlds from which also originate our perceptive categories", says Bourdieu*. Much like a child tinkering with an image to see how it is made, Georgi Ruzhev in Hypnosis takes to pieces pictures of different cultural origin, fits together new ones, cooks up stereotyped images into surprising visions. He mingles present and past and provokes by various means the viewer’s senses upsetting his everyday equilibrium and pushing him into the role of Alice who has just fallen into the rabbit hole and flies past the strangest medley of objects she has ever seen in her life. This is a journey, which brings us to the primeval question: "Who am I and what is my part in this fairy-tale?" Hypnosis provides no answers - it will only remind us that the images in the mysterious garden are part of our own self and that we have to find for ourselves the key that opens the door to it. 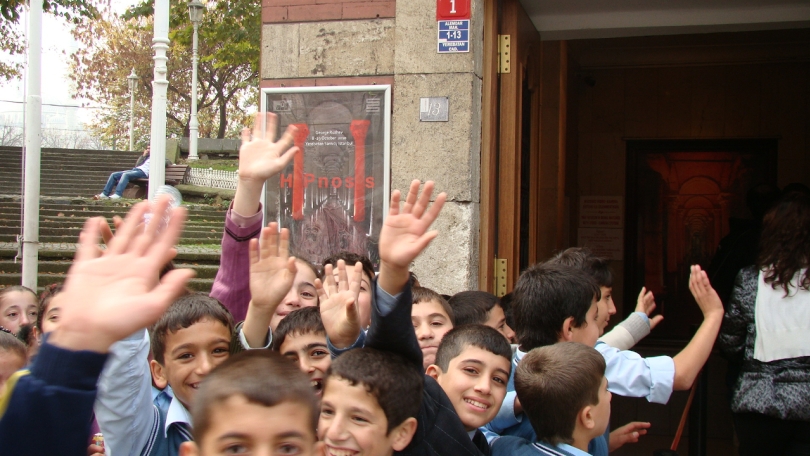 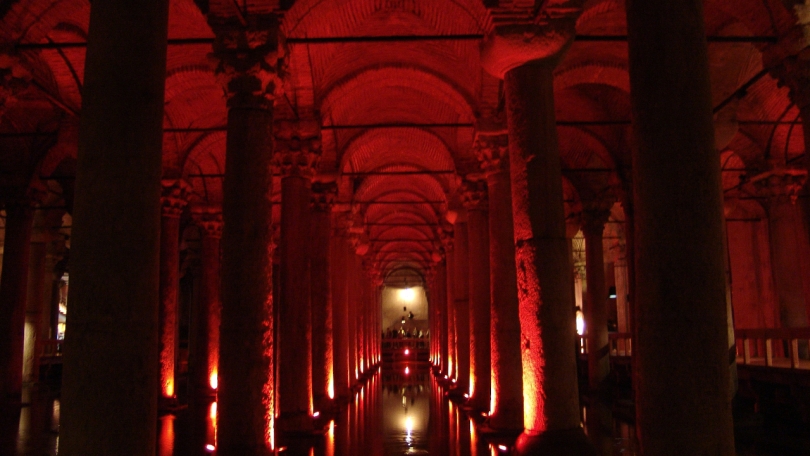 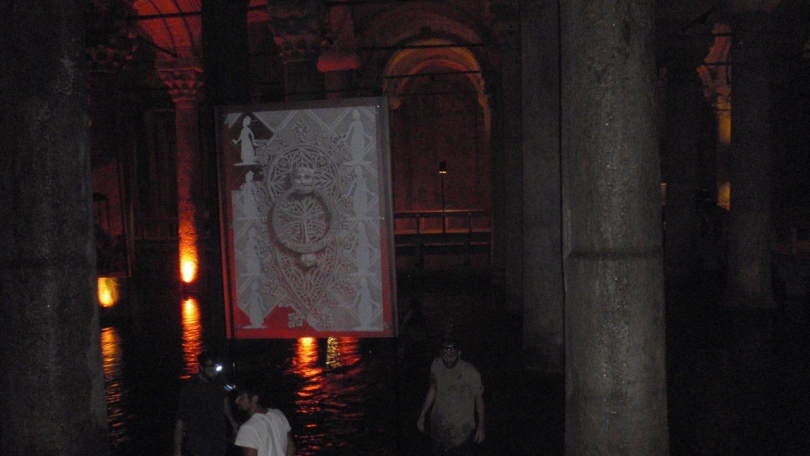 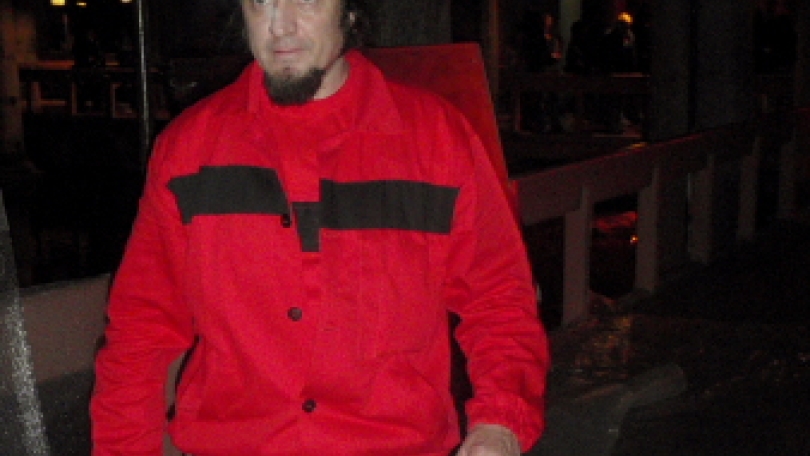 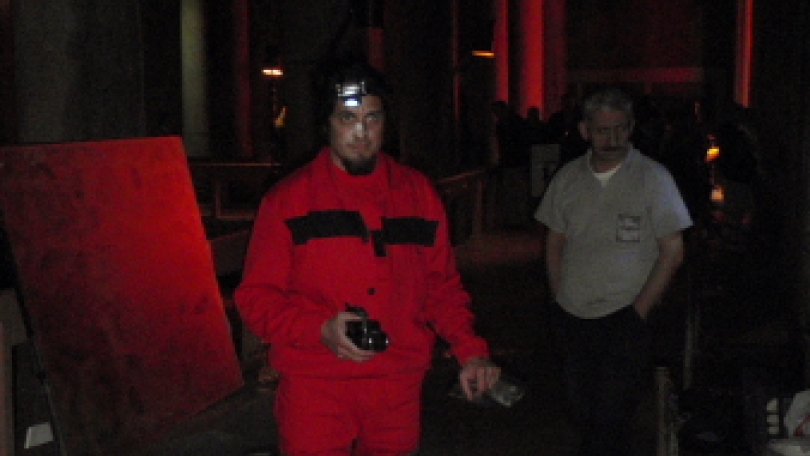 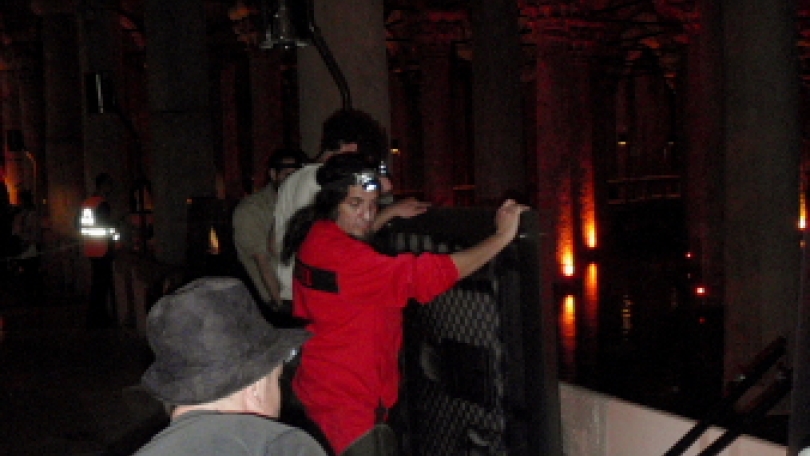 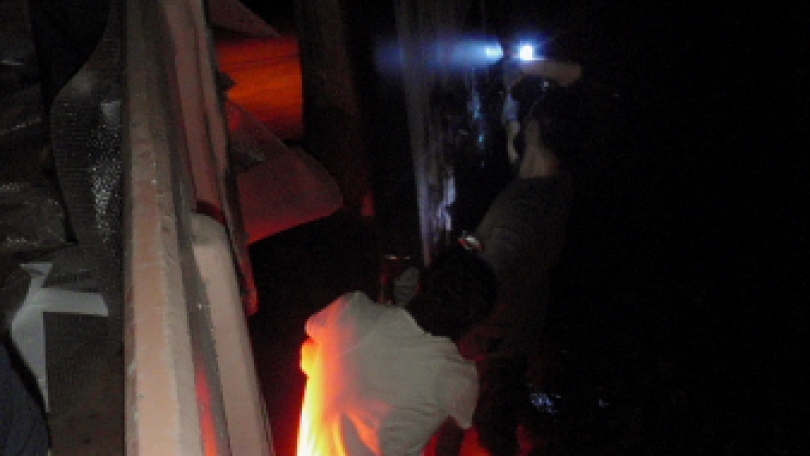 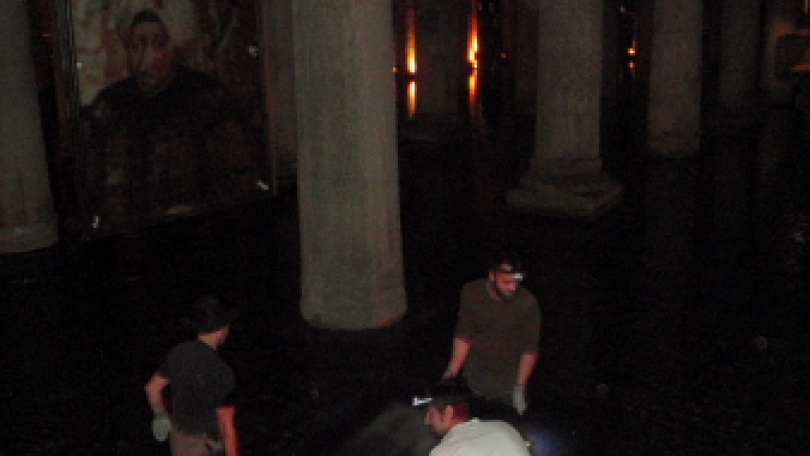 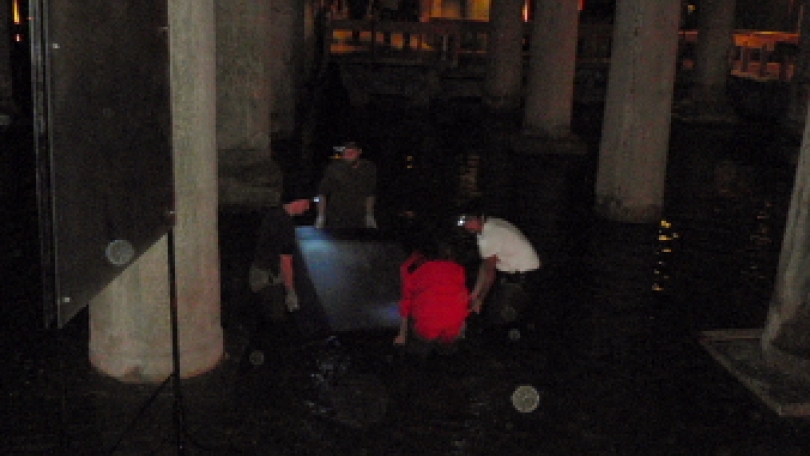 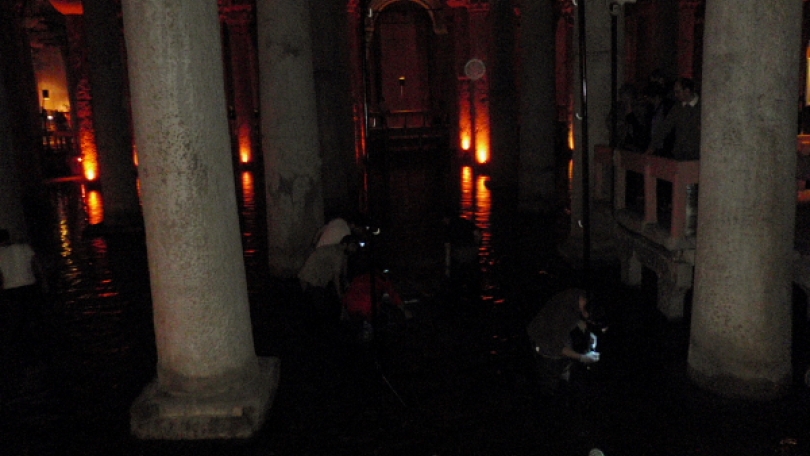 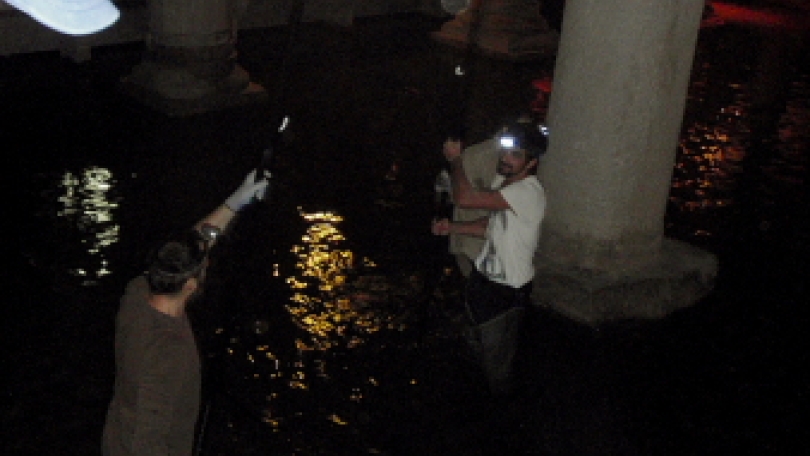 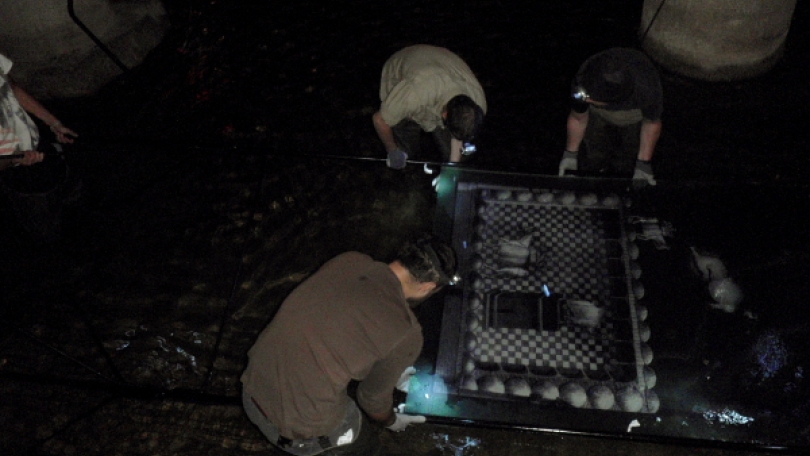 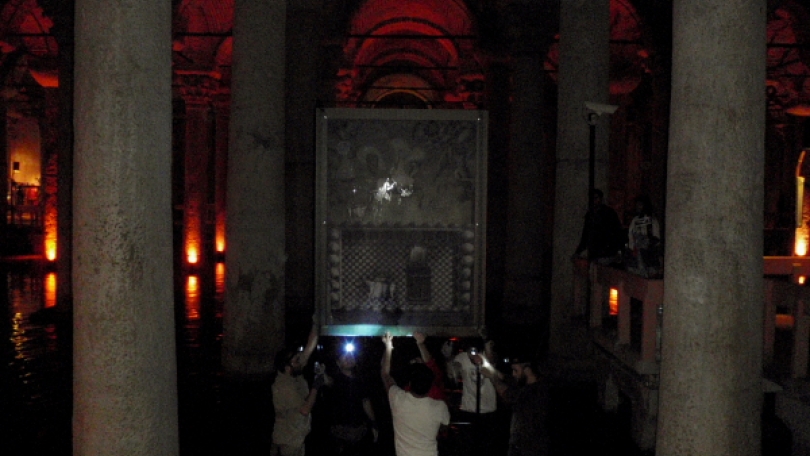 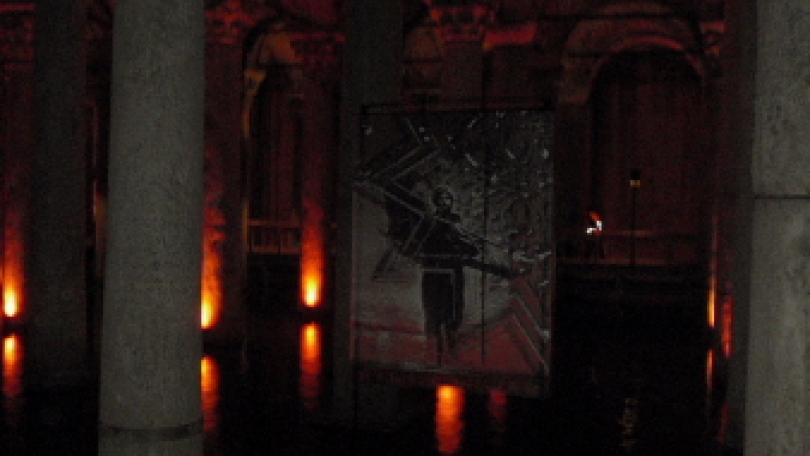 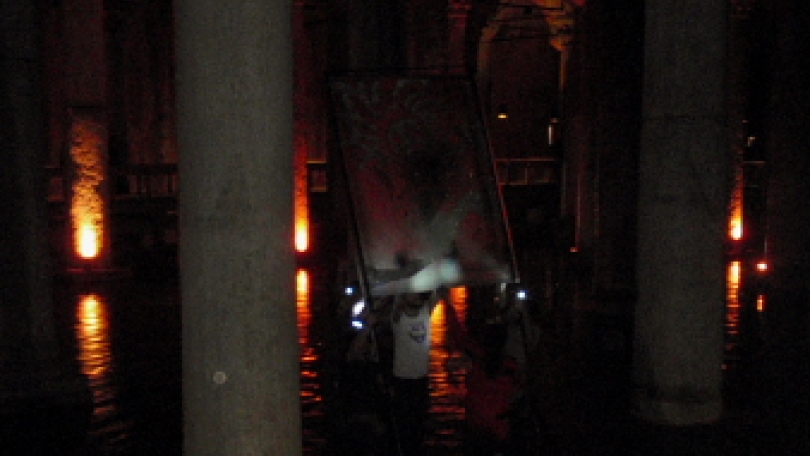 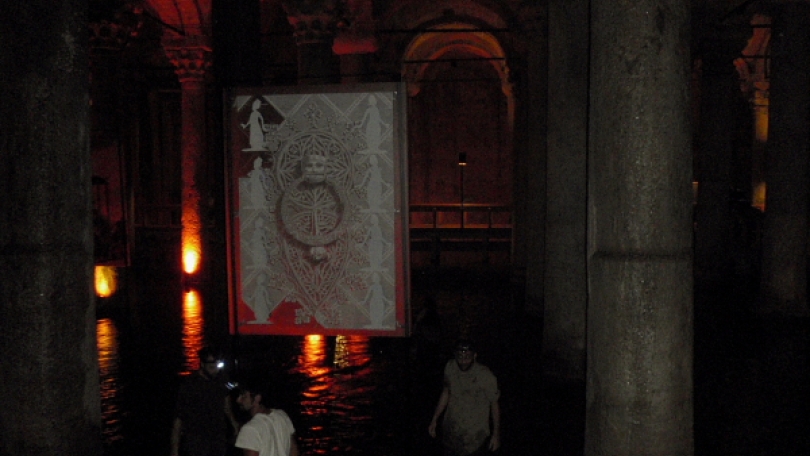 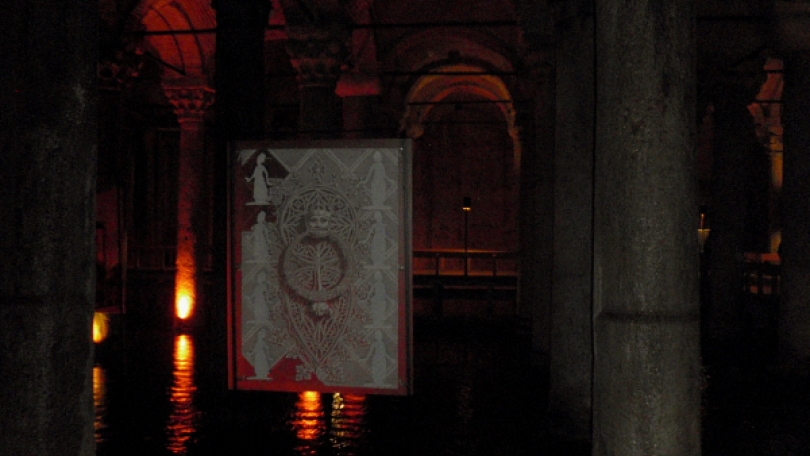 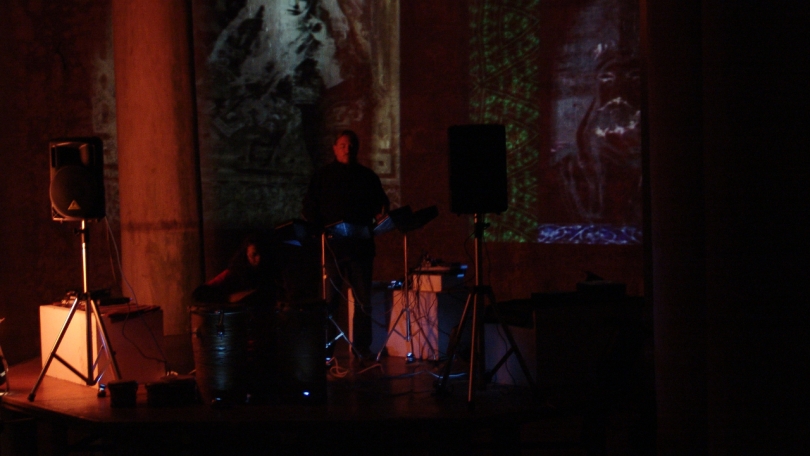 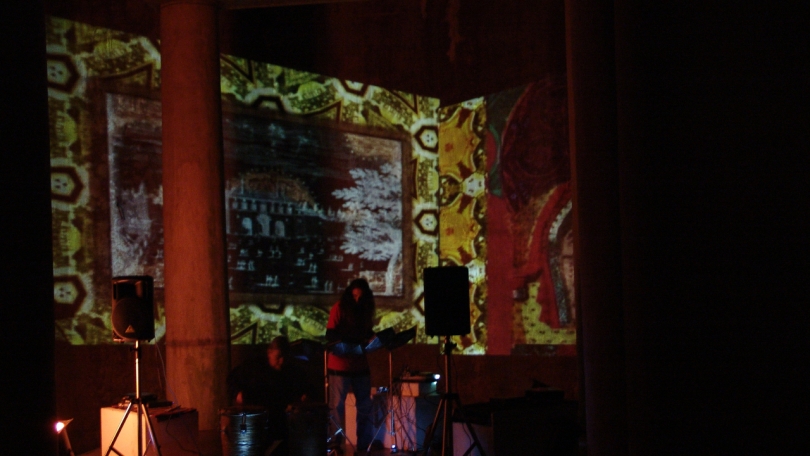 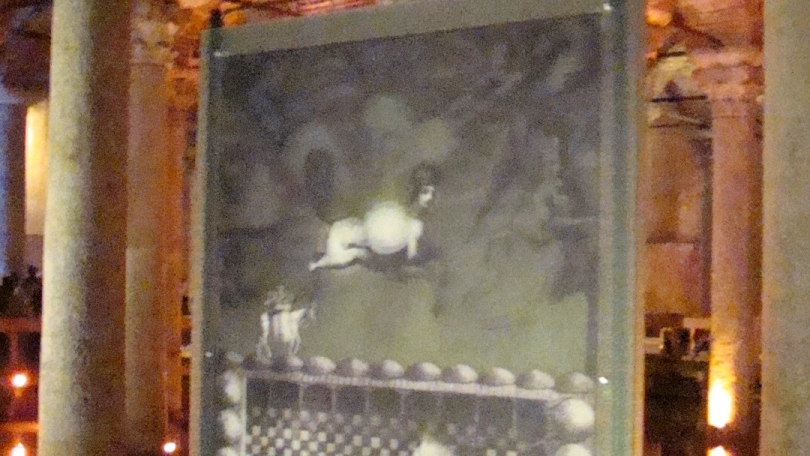 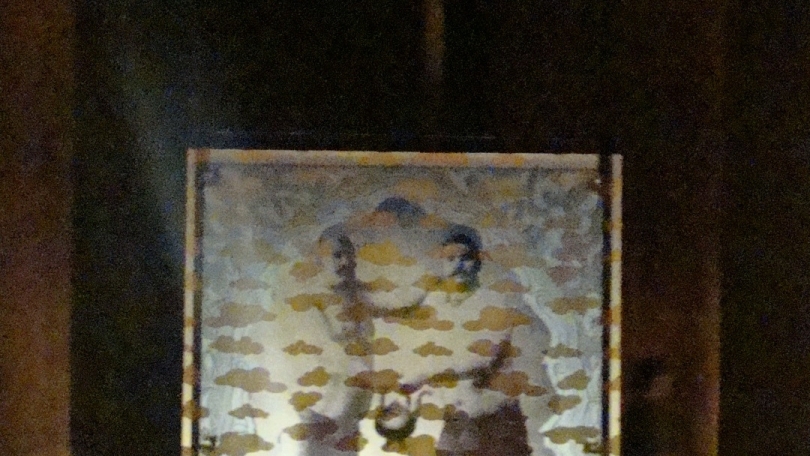 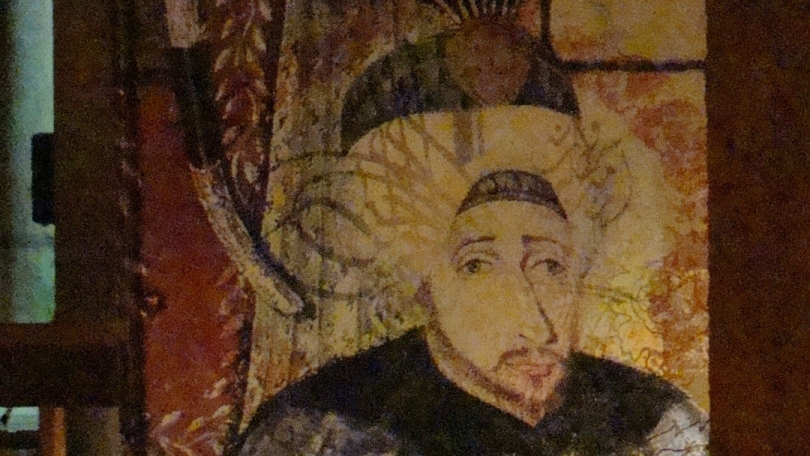 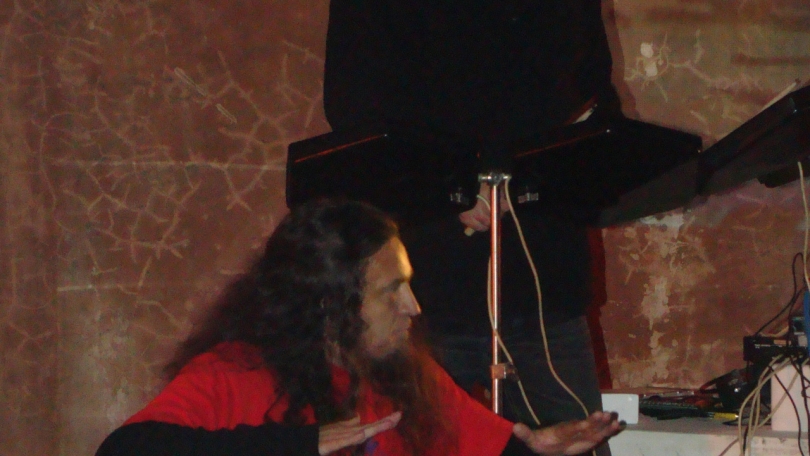 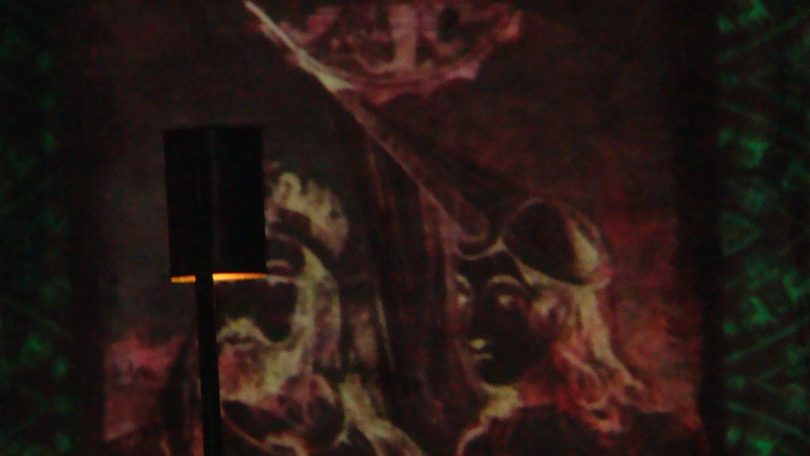 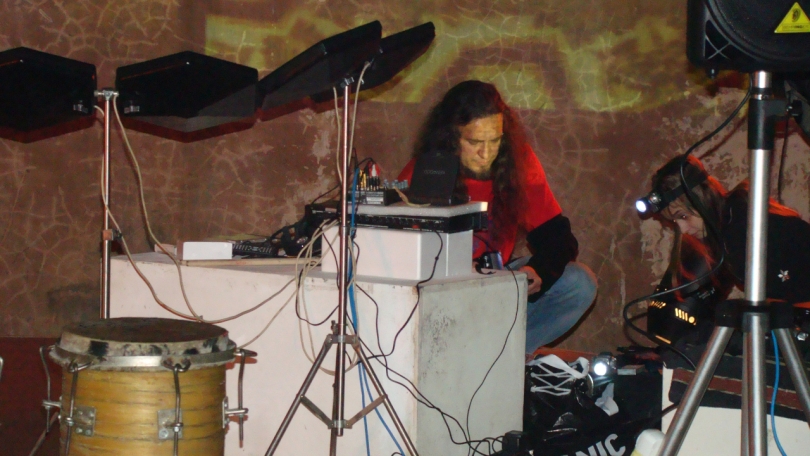 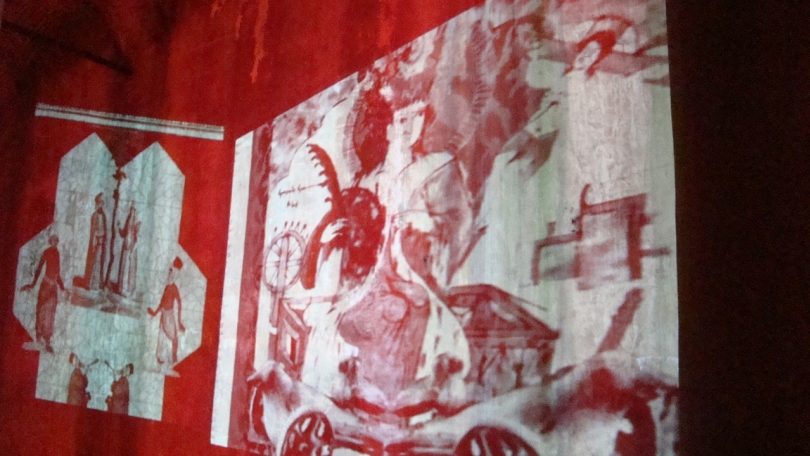 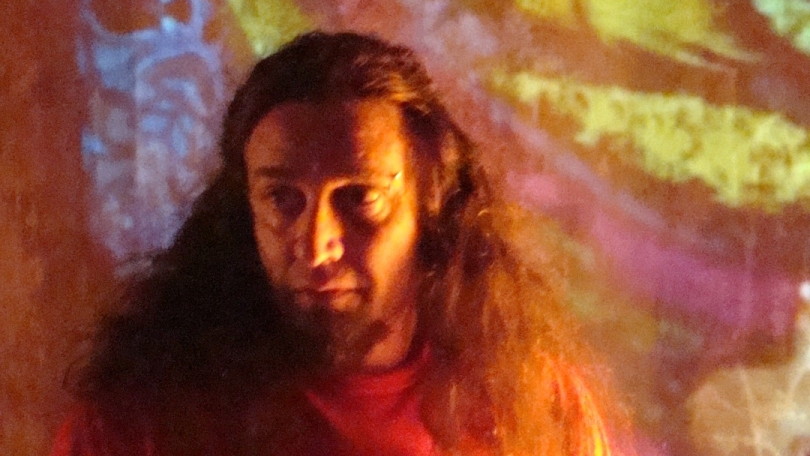 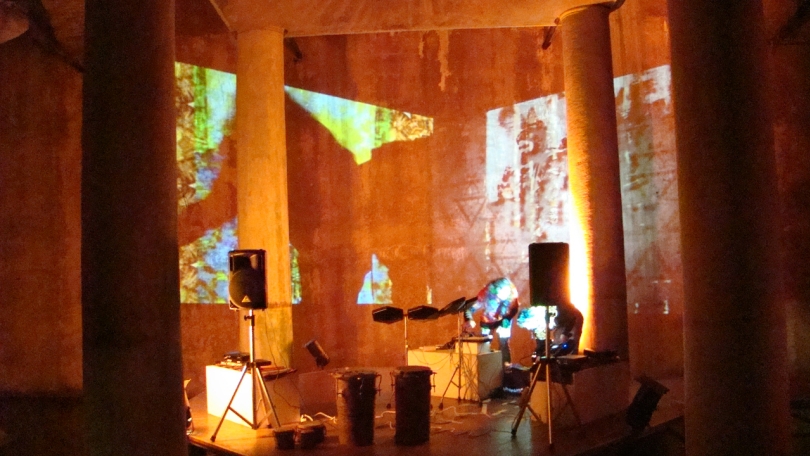