The creation of a sculpture that works as a musical instrument involves not only the consideration of different materials as sources of sound waves, but also the study of the internal, invisible to visual perception, spaces of forms in terms of their acoustic and resonant properties. With his work on three-dimensional objects, which when interacting with the audience, produce sounds, Martian Tabakov explores the idea of shape formation from a totally different angle. This is an artistic effort in a direction that goes beyond the generalized definition of sculpture as resolving plastic problems and offers its rationalization in an architectural aspect, presuming a different context for its understanding.

Philosophical thinking about perceptions is focused primarily on the visual experience, which forms the knowledge of the world around us. Space is of fundamental importance in visual perception - on the one hand it determines the internal structure of visible objects and on the other their external distinctiveness. In the perception of sound, time plays the role of space in the visual experience. The characteristics of sound develop over time, and among the sculptural objects from the Architecture of Sound the observer falls into a model of space and time, where an integral sensory perception is embedded. The sound here is not just a detail of the sculptures, it is not planned as an additional reference or as an effect reinforcing the artistic content and it is a fundamental building block from the initial sketches to the precise creation of volumes, which besides aesthetic have also audio characteristics. This unusual challenge for the senses clearly demonstrates the way in which art creates an ontological language based not on the daily nomenclature of objects that we have to see and comprehend, but on the process of comprehension itself.

The Water Tower in Lozenets - the place where the project is implemented is included as part of this concept. It is present not only as a space in which the exhibition is arranged, but also as an item from the exhibition itself. Its cylindrical interior, engineering equipment (pipes, tank), the specific acoustic features of the building are realities that Martian Tabakov uses to turn it into a huge musical instrument. The visitors find themselves in an environment of objects filled with a variety of causal links, which they can activate and explore through their sight and hearing. Thus, they analyse not only the individual sculptures in their entirety - the harmony of lines, volumes, colours, materials and spaces hidden to the human eye, described by the circulation of sounds, but also the internal connections between them. The performances during the project, in which professional musicians participate in addition to the audience, explore these connections as an opportunity for unique harmony creation - a basis for musical works uniting the components of the exhibition. Thus, Architecture of Sound structures its own alphabet, which involves in a situation of observation and reasoning by including the creative potential of the observer, a situation that unlocks a different from the routine mental discourse of perception of sculpture and its ability to describe itself through sounds. 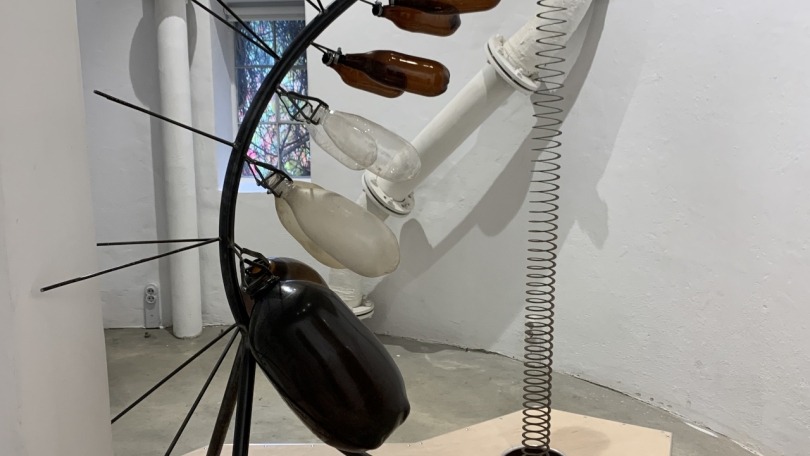 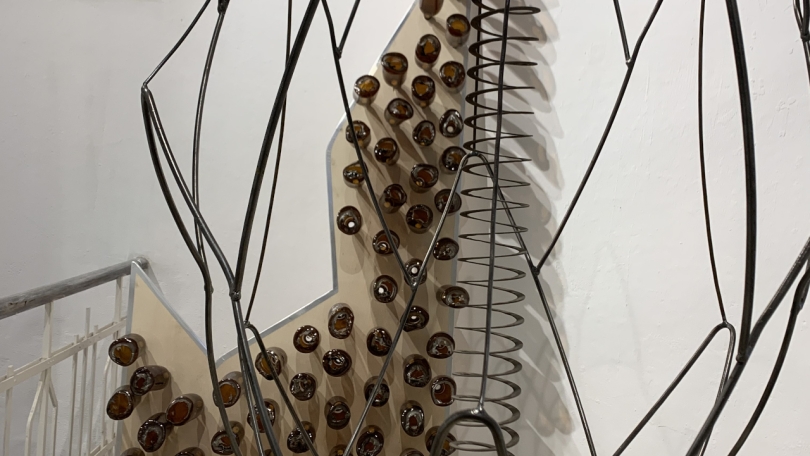 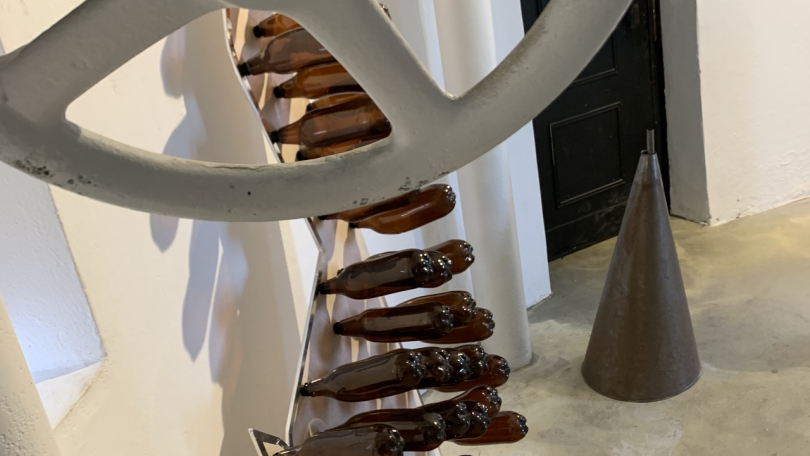 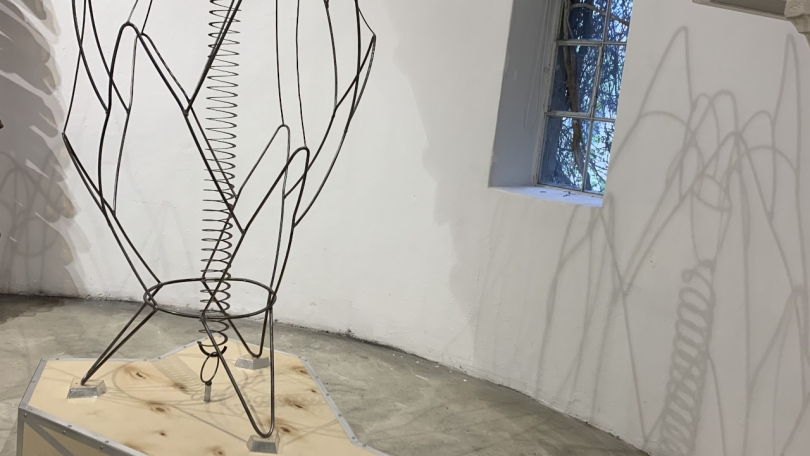