The Ship of the Fools 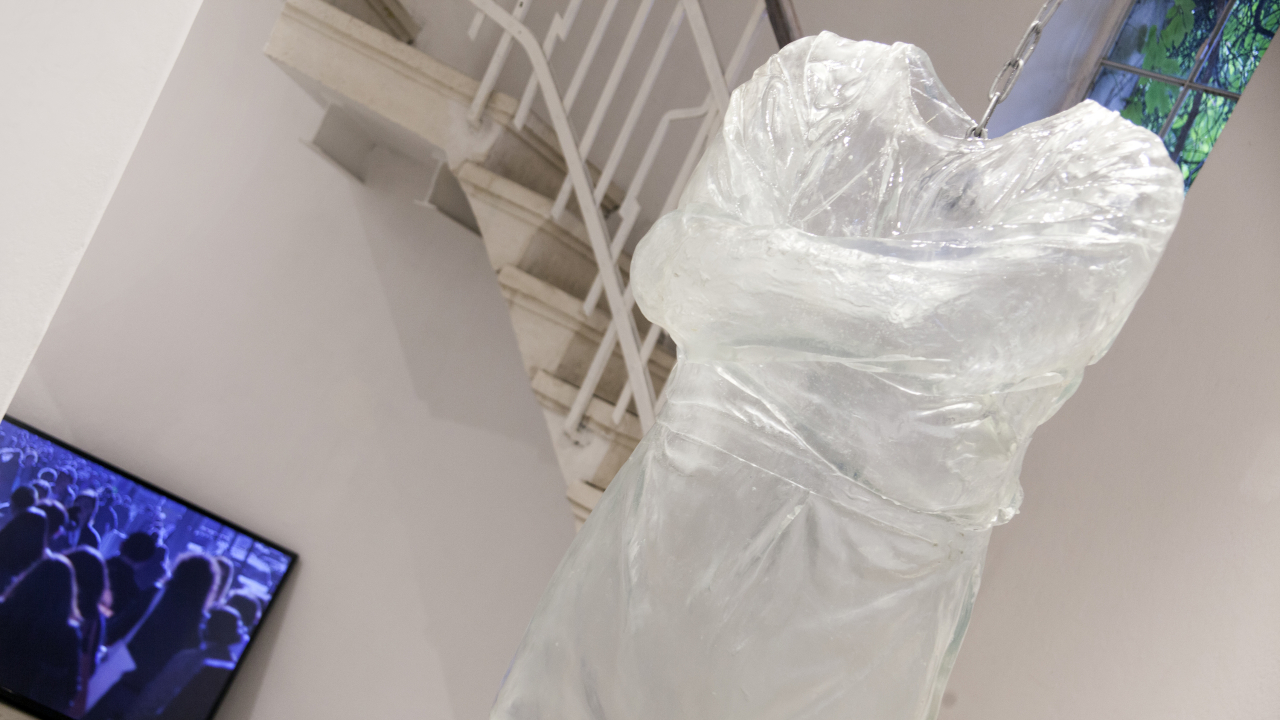 One of the main lines of the Gonul Nuhoglu’s works is the ‘display’ of the missing body - part of her installations illustrate the paradox that the realization of reality can be stronger and more powerful not in putting the objects on display, but in marking their absence. ‘Empty’ clothes tell stories that allude to various aspects of human existence - from the futility of parlor protocols restricting the personality to certain frameworks imposed from outside to the rebellion and revolution constrained in the straitjackets of penalty regimes in human socium. Clothes can be both original expression and personal prison for human individuality. According to Michel Foucault "the body is also immersed in a political field; power relationships take a direct grip on it; they surround it, mark it, educate it, torture it, force it to work, impose on it various ceremonies, require of it signs.”*** In this sense the ‘signs’ of the body left by Gonul Nuhoglu create a new interpretation of the world we live in, personal belongings are not just belongings, but an emanation of the disintegration of the personality at a time when personal moral imperatives can generally walk past the messages sent by the political regimes.

The title of the art installation Ship of the fools points to a different perspective considering contemporary social analysis as the subject of Gonul Nuhoglu’s research endeavours. Here the matter in question is to what degree our self- imposed censorship influences our free expression and if such an act is the product of our social environment, which is a precondition for us, on an existential level, to restrict and synchronize all our thoughts and actions.  Back in 1972 Erich Fromm wrote that “whereas industrial society all over the world increases literacy, and eventually higher education, its educational progress is in sharp contrast to the inability of citizens for active critical thought. While on the one hand literacy increases, television creates a new type of illiteracy in which the consumer is fed by pictures, using his eyes and ears but not his brain.” Erich Fromm predicts that the   “passive consumption” will by all means destroy the social systems. Today, 47 years later, Gonul Nuhoglu’s strait jackets, quietly hanging in the air bring back the question if the world-renowned German social psychologist’s prediction is actually coming true in the worldwide societies, which create all kinds of controversial messages, spoken in words, which are losing their meaning more and more until they become shallow political clichés.

In many of Gonul Nuhoglu’s works, human presence is depicted only as a shadow, barely there, or there is a hint of it through abandoned personal belongings, just scattered around which provoke the question if the common human nature could be visually captured in the works of art represented by a particular face or a body depicted through many artistic details.  The artist poses the question if our physical presence here on earth is meaningful enough, unless we are capable to bring change to the present through our creative energies, which we lose eventually, focusing our attention on the insignificant components of our existence. Thus, we gradually become members of the Ship of the fools’ crew, floating in a tempestuous ocean, no captain on-board, without purpose or hope to ever reach the shore.

The "Ship of the Fools" installation is shown for the first time in 2015 on Lido Island during the 56th Venice Biennale, as one of the awards of "OPEN 18" - an international exhibition of sculptures and installations. For Gallery +359 Gonul Nuhoglu and the curator Irina Batkova present a site specific version of the installation in accordance with the space of the Water Tower in Lozenets. The transparent materials from which the objects are executed and their placement in a new environment expand the parameters of their reflection. 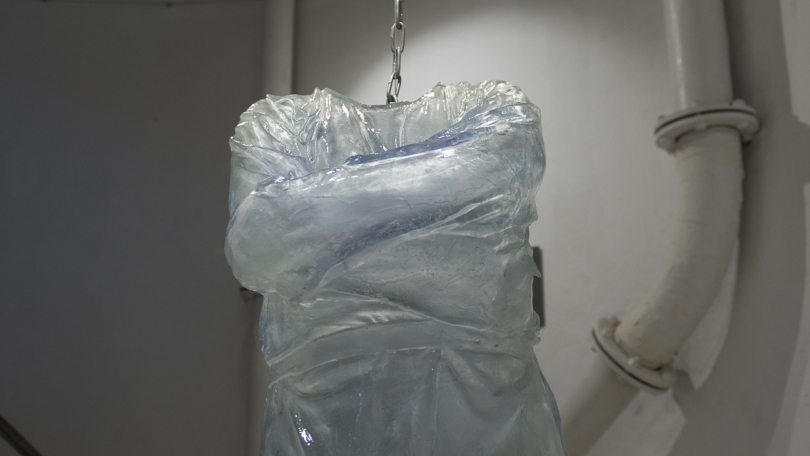 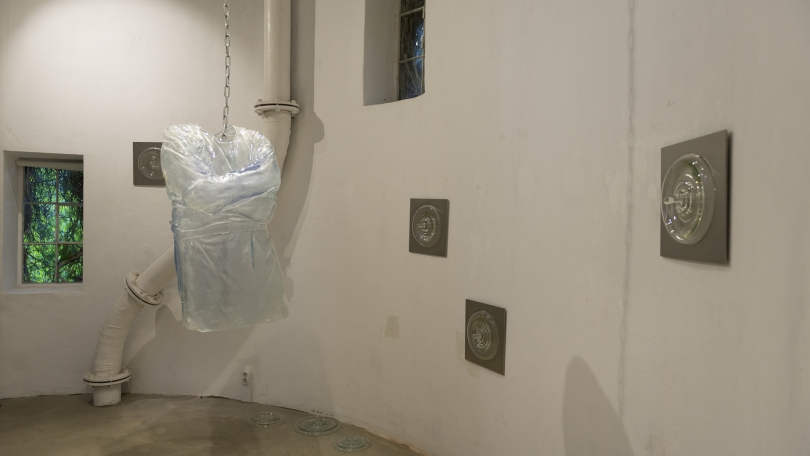 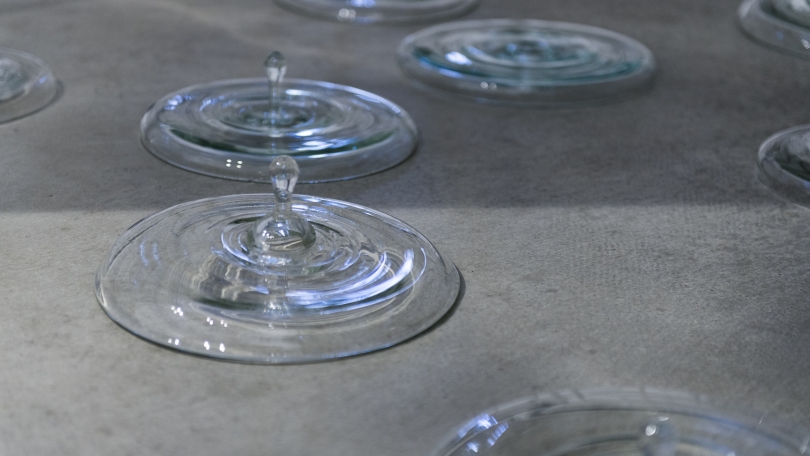 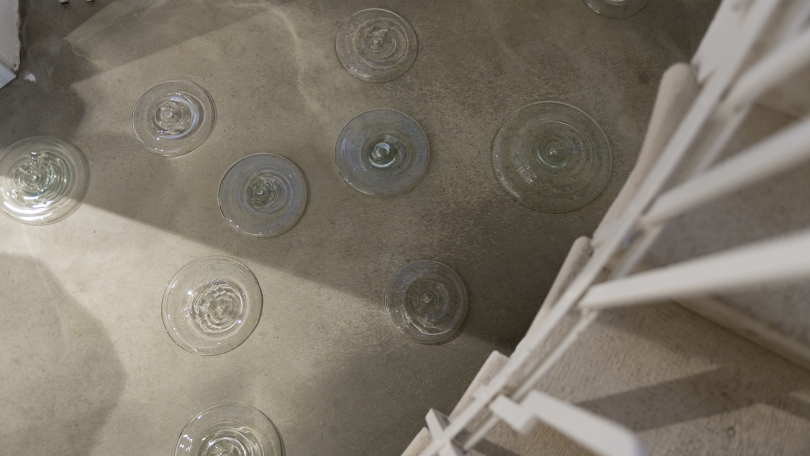 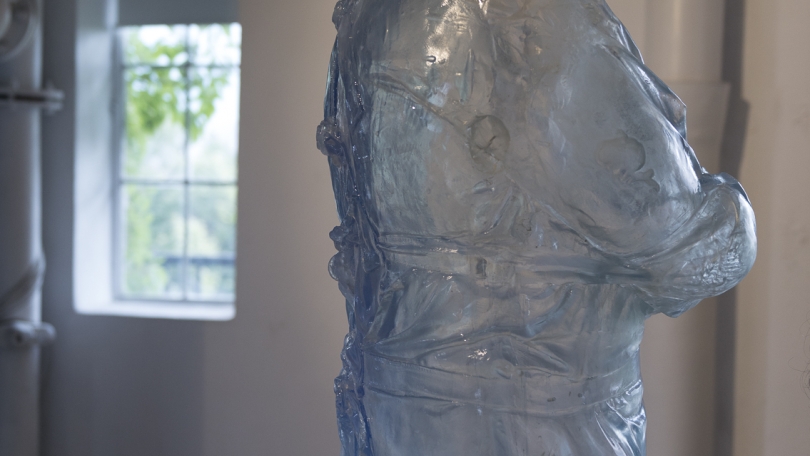 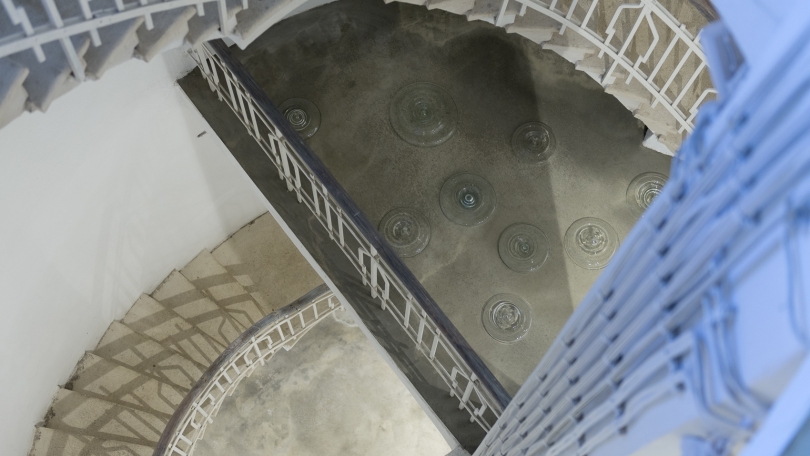 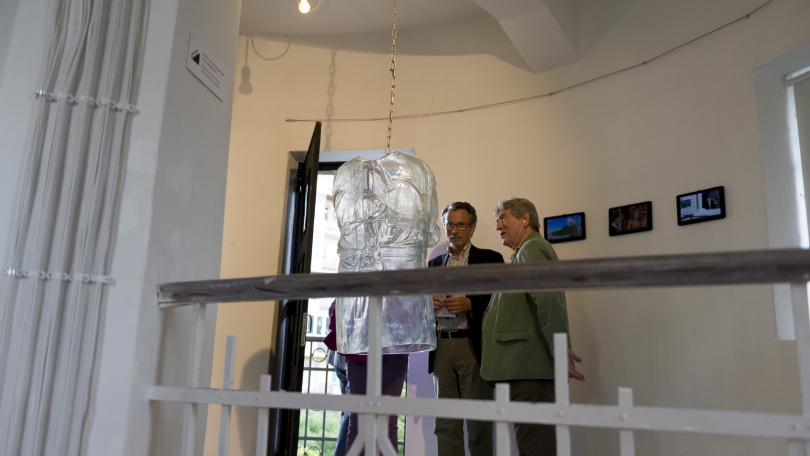 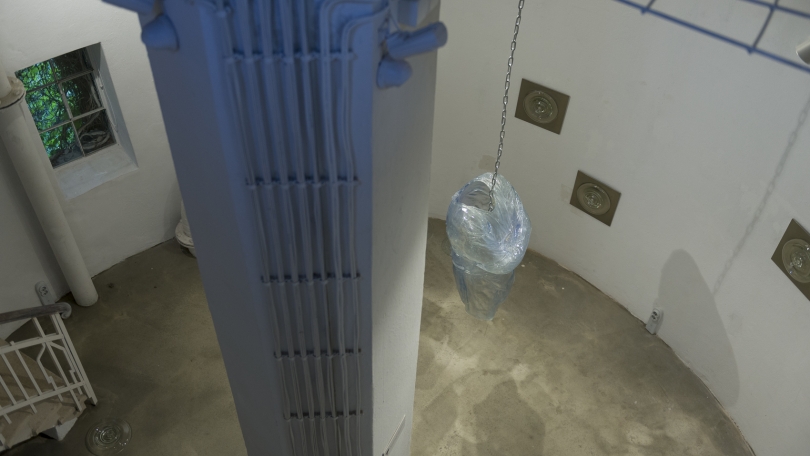 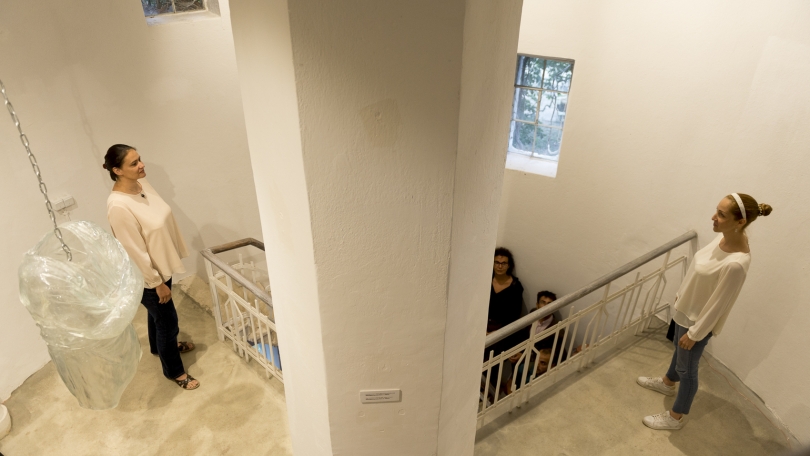 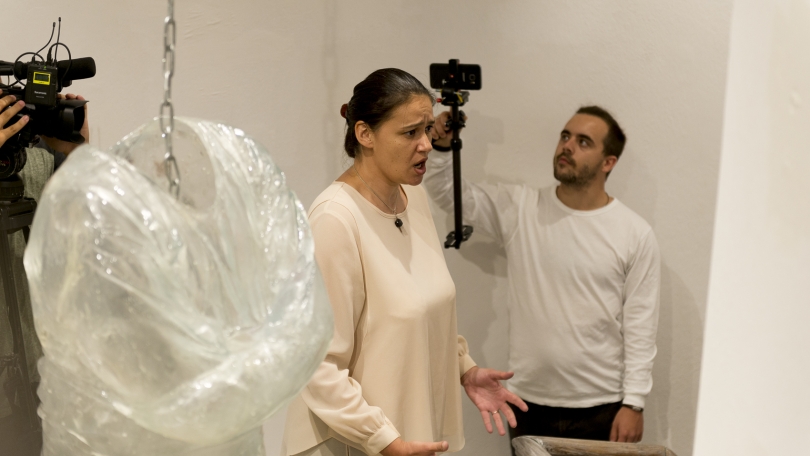 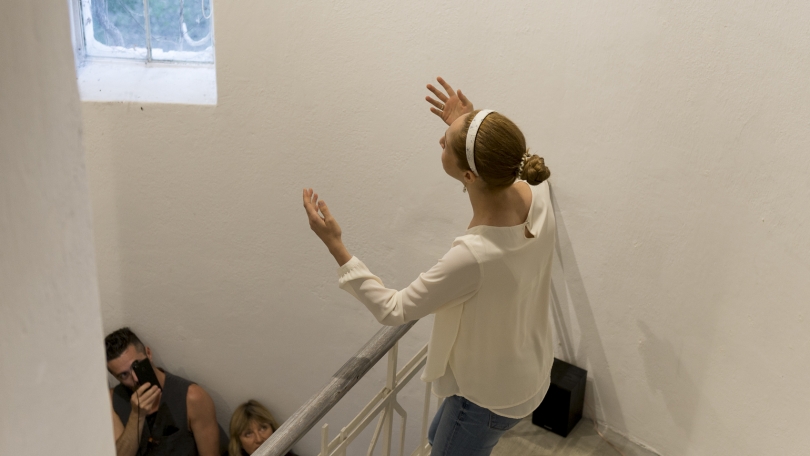 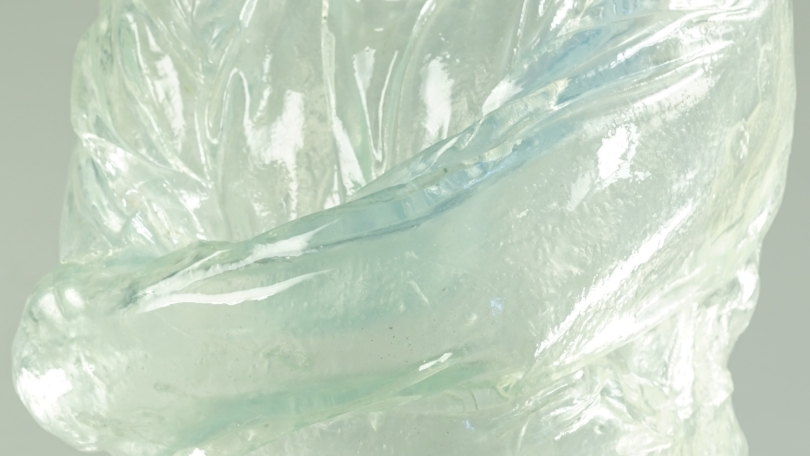